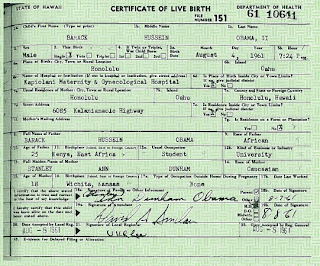 The White House on Wednesday morning released the president’s long form birth certificate (pdf) in an attempt to put “birther” questions to rest.
“The President believed the distraction over his birth certificate wasn’t good for the country. It may have been good politics and good T.V., but it was bad for the American people and distracting from the many challenges we face as a country,” White House Communications Director Dan Pfeiffer said in a statement.
The president had released his certificate of live birth in 2008, but many “birthers” said the absence of a long form birth certificate prompted questions about Obama’s birthplace of Hawaii. In recent weeks potential GOP presidential candidate Donald Trump has brought birther questions into the forefront of the media.
“At a time of great consequence for this country–when we should be debating how we win the future, reduce our deficit, deal with high gas prices, and bring stability to the Middle East, Washington, DC, was once again distracted by a fake issue,” Pfeiffer said. “The President’s hope is that with this step, we can move on to debating the bigger issues that matter to the American people and the future of the country.”
Obama admitted at a White House press conference following the document’s release Wednesday morning that he’s been both amused and puzzled by the degree to which his place of birth has become an issue.
The president echoed Pfeiffer’s statements saying that Americans and their representatives need to come together to solve issues such as how to “invest in our future” while tackling the federal deficit and federal debt:
But we’re not going to be able to do it if we are distracted. We’re not going to be able to do it if we spend time vilifying each other. We’re not going to be able to do it if we just make stuff up and pretend that facts are not facts. We’re not going to be able to solve our problems if we get distracted by sideshows and carnival barkers.
Though the president didn’t mention Trump by name, Obama noted that when he announced his deficit plan this month, his birth certificate, not our country’s economic future, dominated the news that week.
Trump on Wednesday took full credit for the release.
“I feel I’ve accomplished something really really important and I’m honored by it,” Trump said at a press conference held during his pre-scheduled visit today to New Hampshire. Trump noted that people have long been requesting the document, but Trump was the only one who got the president to release it. Trump suggested Wednesday this development will boost his own potential presidential candidacy.
Trump said he and others are still going to have to assess the document’s authenticity. We’re “going to look at it. We have to see if it’s real, if it’s proper,” Trump said. But he added that he’s “sure it’s the right deal” and is looking forward to moving on to more important issues such as OPEC and China. 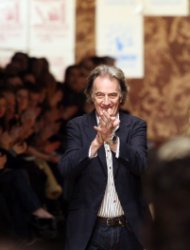