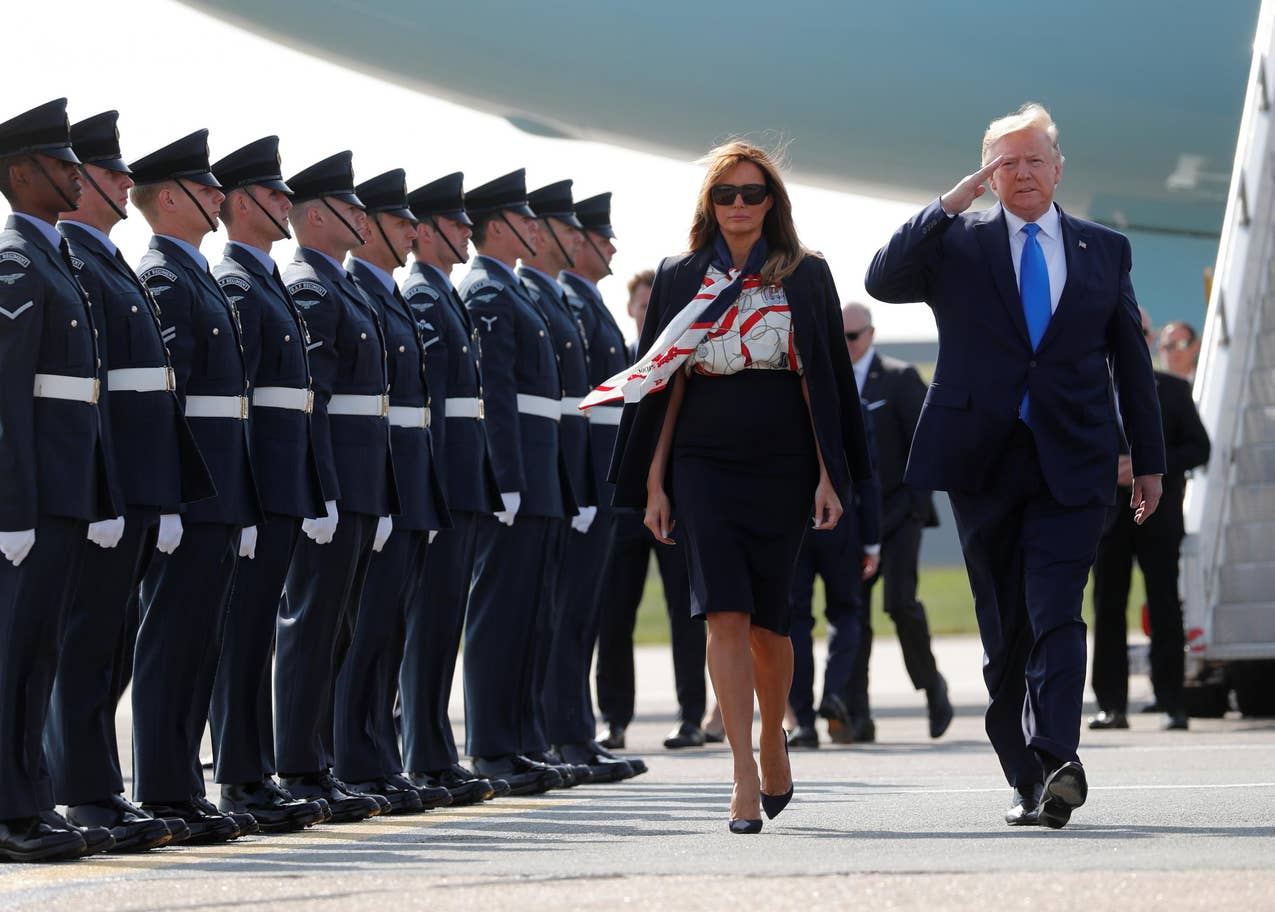 US President Donald Trump and and the First Lady Melania Trump arrived in Portsmouth on the final day of their three-day state visit to show their respects at an event to commemorate the 75th anniversary of D-Day.

The occasion, which was also attended by the Queen and Theresa May, along with other world leaders, saw the First Lady arrive by helicopter in a neutral vintage-inspired coat dress and hat.

After two days of pageantry and politics in London, President Trump headed to the English coast to join Queen Elizabeth II, Prince Charles, French President Emmanuel Macron and other politicians in Portsmouth to commemorate the 75th anniversary of the D-Day landings.

While the story of the Normandy landings was retold from the stage, First Lady Melania Trump listened in beside Greek President Prokopis Pavlopoulos, German Chancellor Angela Merkel and Dutch Prime Minister Mark Rutte.

As expected, there are various views and reactions from the media on what the First Lady wore during this stay… pictures from Evening Standard

Previous
Trooping the Colour celebrations, and the Royal Fashion statements

Subscribe to stay up to date and stay notified about exclusive offers and fashion tips.
More Stories
OSCARPISTORIOUS’S HOUSE AND THE FATAL SHOOTING.