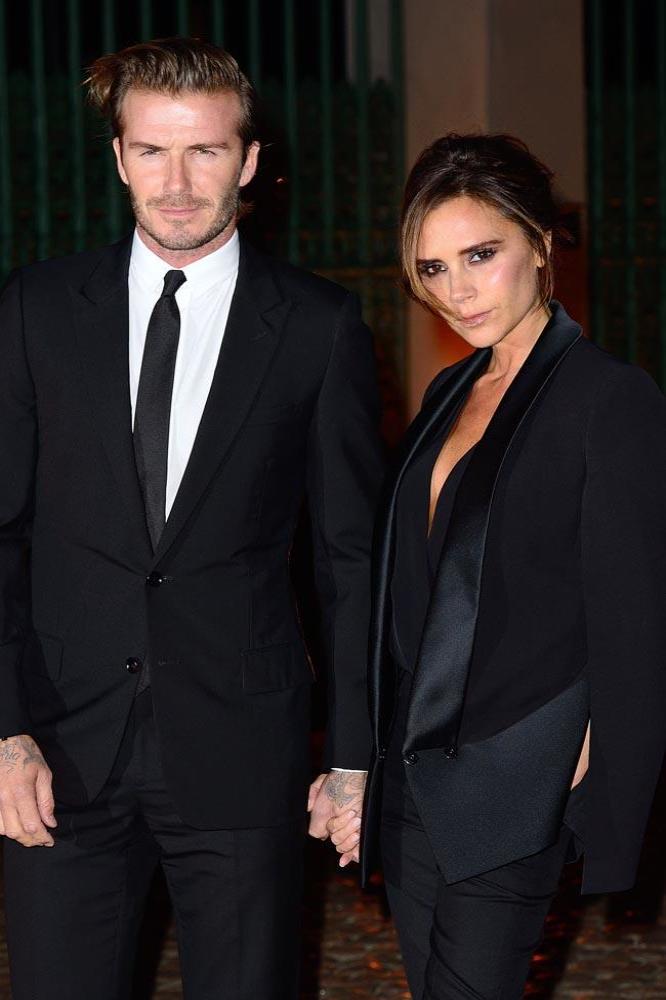 However, I understand David now wants her to take full responsibility for running the company – and that he won’t bail her out again.

Sources say David, pictured right with his wife, is happy she has now found investors who have injected £30 million into the label, so at least her next set of accounts might look more impressive.

One said: ‘David is super-proud of what Victoria has achieved but he will no longer be putting money in. She has investors now.’

Posh, 44, made her biggest loss to date last year, according to accounts released just before Christmas.

Victoria, who in April made a third of her staff redundant in an attempt to make her business profitable, will be hoping that her post-Christmas sale will be a success. She has slashed prices on 230 items of her high-end clothing – many by 50 per cent.

Meanwhile, David is currently negotiating a buyout of shares in DB Ventures held by Simon Fuller, his former manager and long-term business partner.

Fuller, who is credited for creating the Posh and Becks ‘brand’ in the 1990s, is understood to want about £60 million in the deal.

Previous
7 Kenyan Celebrities that Rocked in 2018