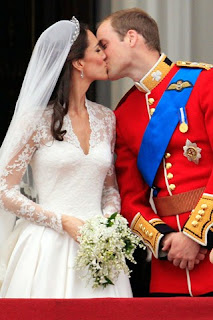 THE most talked about day of the century finally came this morning when Kate Middleton, who will now be known as Her Royal Highness The Duchess of Cambridge, married Prince William – who takes on the title His Royal Highness The Duke of Cambridge, Earl of Strathearn and Baron Carrickfergus.
After months of fantastic and fervent speculation following the announcement in November last year, the bride finally revealed what has been the biggest and best kept sartorial secret as she walked up the aisle in a beautiful Grace Kelly-esque silk and lace gown, designed by Sarah Burton of Alexander McQueen.
Burton – who took to the helm of the British fashion label following the death of its eponymous designer in February 2010 – had been spotted last night in semi-disguise sneaking into the Goring Hotel (it was the ballet pumps and rolled-up jeans that gave it away), where The Duchess of Cambridge had been staying with her family ahead of the big day. It had been widely speculated – though never confirmed until today – that Burton was designing the dress. 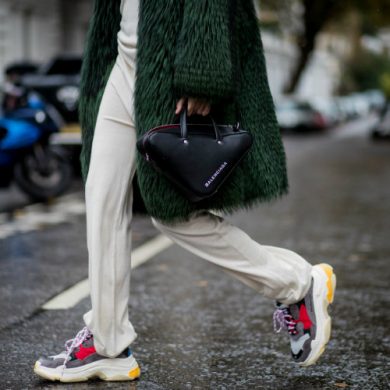