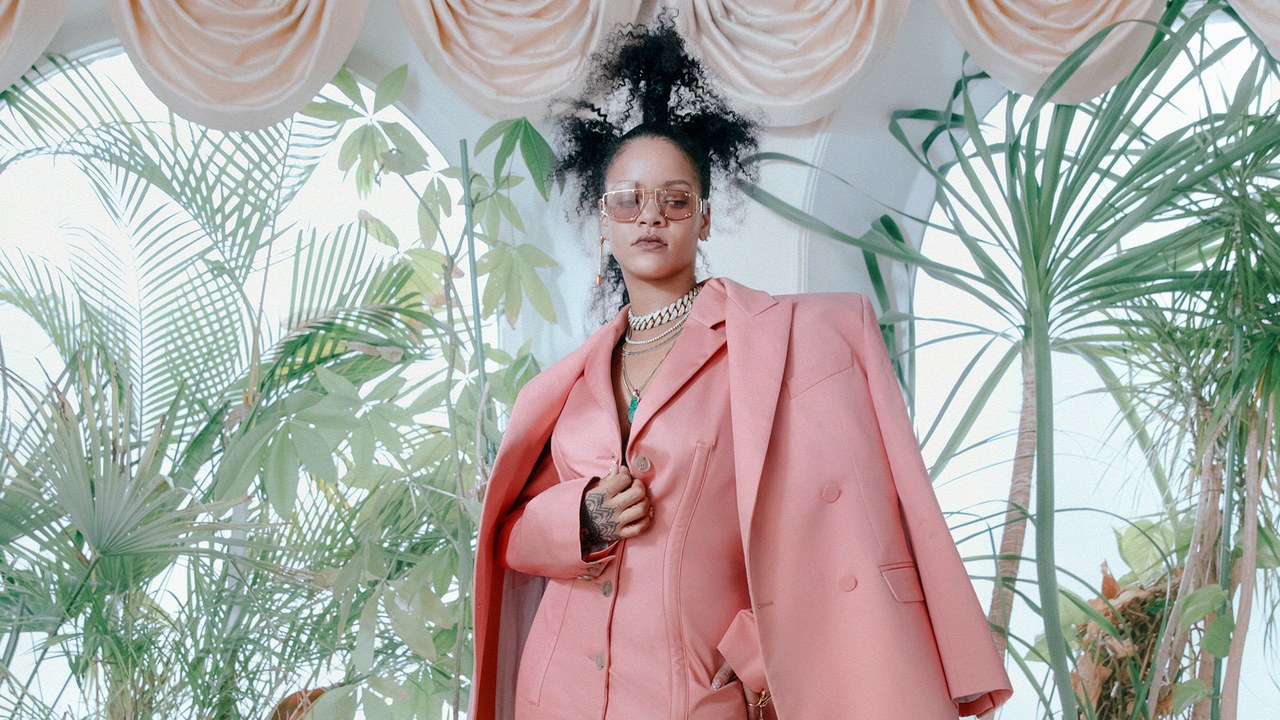 The Bad Gal Ri Ri’s next release brings her first clothing offering with French fashion conglomerate LVMH. Also known as Fenty, her range of ready-to-wear, accessories, sunglasses, and jewelry debuted on May 24 in Paris (then be fully available at fenty.com on May 29, tomorrow).  The superstar gave a few hints to TMagazine on what to expect a little early before the launch. According to Jahleel Weaver, the Fenti’s style director and Rihanna’s stylist , the pieces were created to speak to how multifaceted today’s woman is.

He tells T, “We’re thinking about each release as a different facet to a woman’s wardrobe and how she approaches dressing. Luxury has been defined in the past as one woman, one brand: You know who the Saint Laurent woman is, you understood who the Céline woman was when it was Phoebe. Which is fine, but you think about how that relates to the modern woman. I don’t think she is just one thing, Rih being the perfect example of that.”

And the “Work” singer considers herself the perfect muse. “It’s sweatpants with pearls, or a masculine denim jacket with a corset,” she tells T magazine of the style direction. “I feel like we live in a world where people are embracing every bit of who they are. Look at Jaden Smith, Childish Gambino. They dare you to tell them not to.”

We knew the woman who brought us a 40-shade makeup range and a size-inclusive lingerie line wouldn’t drop the ball when it came to an inclusive clothing line, either. “I’m thick and curvy right now,” said Thiccanna (fans’ loving nickname for Rihanna at her curviest). “So if I can’t wear my own stuff then, I mean, that’s not gonna work, right? And my size is not the biggest size. It’s actually closer to the smallest size we have: We go up to a [French size] 46” — a size equivalent to a US 14/XL/1X — “We’re saying we can meet you at any one drop that we put out.” While not super extensive, Fenty’s size range is still a rarity in luxury fashion. And we’re pretty sure the designer has plans to expand eventually, like she did with Savage X Fenty. Rihanna also now has the opportunity to show what true inclusivity looks like in the luxury realm — from the designers crafting the garments to the models who will showcase the pieces on her website (and in this promo video). Already, the promo clip features models of different races and ethnicities, staying true to the Fenty brand ethos. Not to mention, Rihanna’s making history as the first black woman to lead a luxury fashion house.

The style mogul shared that even with all she has accomplished, it isn’t enough to shield her from the racism in the fashion industry. “It’s never alleviated, you know? You’re going to be Black wherever you go,” she explains. “I don’t know if it’s unfortunate or fortunate, because I love being Black. So, sorry for those who don’t like it — that’s the first thing you see before you even hear my voice.” She also revealed that she faces discrimination because of her gender and age. “There are also other factors: I’m young. I’m new to the family. I’m a woman. Those factors do come into play, but I will not apologize for them, and I will not back down from being a woman, from being Black, from having an opinion. I’m running a company and that’s exactly what I came here to do.” With that kind of resolve, it’s no wonder that Bernard Arnault trusted Rihanna and her vision. Hopefully, Rihanna’s commitment to inclusivity will inspire other luxury designers to follow in her footsteps.