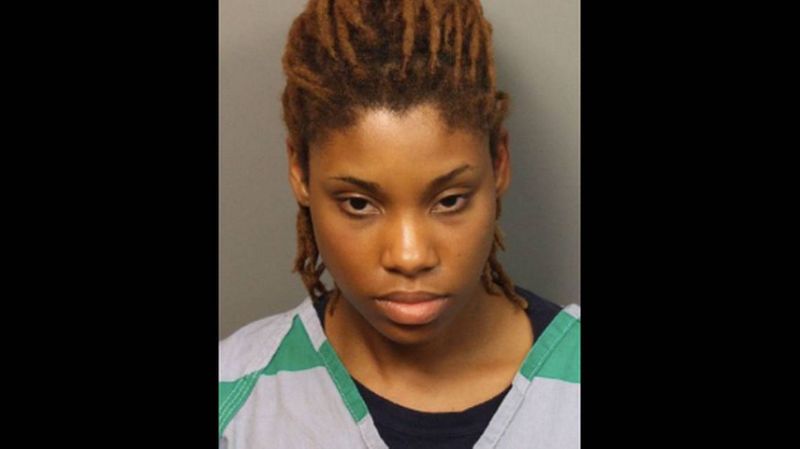 Rachel Calhoun, 24, tried to rob a bank in Alabama.

BY CRYSTAL HILL
A would-be bank robber tried an usual method to get cash from an Alabama bank on Wednesday, according to police.

Rachel Calhoun, 24, walked into a Regions Bank branch in Forestdale (about 10 miles north of Birmingham) that morning and gave the bank manager a note demanding $6,000 from the vault, authorities said, WBRC reported.

The note said that the manager would get a sexual favor if he complied with her demands, police said, per Patch. But if he refused, she allegedly threatened to accuse him of sexually assaulting her, according to Patch.

But Calhoun’s robbery attempt was apparently met with an arrest. Deputies got to the scene after a 911 call was made, Patch reported. They found Calhoun inside the bank, according to WBRC.
“I don’t think I have ever heard of an attempt to rob a bank quite like this,” said police Chief Deputy Randy Christian, AL.com reported. “Our deputies were on the scene very quickly and saved this employee from something. I’m not sure exactly what but we saved him from something.”

In April, a man reported a shooting at a Michigan school — to divert police attention from his armed bank robbery, authorities said.