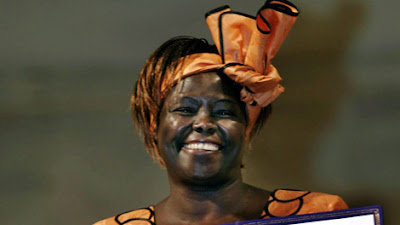 NAIROBI (AFP) – Kenyan environmental activist Wangari Maathai, the first African woman to be awarded the Nobel Peace Prize, has died of cancer at the age of 71, her family announced Monday.

Tributes flowed in for Maathai, who died on Sunday at a Nairobi hospital while undergoing treatment, lauding her outstanding struggle against environmental degradation.

“It is with great sadness that the family of professor Wangari Maathai announces her passing away on 25th September 2011 at the Nairobi hospital after a prolonged and bravely borne struggle with cancer,” a statement said.

Achim Steiner, director of the UN Environment Programme, described her as a “force of nature.”

“While others deployed their power and life force to damage, degrade and extract short term profit from the environment, she used hers to stand in their way,” Steiner said in a statement.

Maathai became a key figure in Kenya since founding the Green Belt Movement in 1977, staunchly campaigning for environmental conservation and good governance.

She won the 2004 Nobel Peace Prize for her reafforestation work in Kenya, the first African woman, the first Kenyan and the first environmentalist to receive this honour.

Her organisation has planted some 40 million trees across Africa.

The first woman in east and central Africa to earn a doctorate, Maathai also headed the Kenya Red Cross in the 1970s.

Maathai had been diagnosed with ovarian cancer in July 2010, her family added, but never made the illness public.

“We must try our best to find something that will give us a little comfort — the kind of comfort she herself would have given us,” said family spokeswoman Vertistine Mbaya.

Aside from her conservation work, Maathai was elected an MP in 2002 and then named the environment assistant minister, a position she held between 2003 and 2005.

“We mourn a global icon who has left an indelible mark in the world of environmental conservation,” said Kenyan President Mwai Kibaki in a statement.

For more than a decade from the 1980s, her movement also joined the struggle against the dictatorial regime of Kenya’s former president Daniel Arap Moi, with Maathai repeatedly teargassed and beaten by police.

During that time, she famously campaigned against the construction of a high-rise building in a park in central Nairobi, stopped the grabbing of forest land outside the city and successfully pressed for the release of 51 political prisoners. 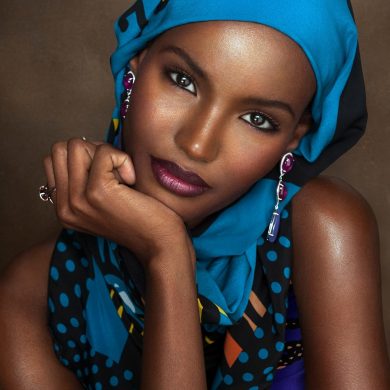 8 top African Models that have successfully broken the stereotypes