NEW YORK (AP) — A look at media coverage of the London Olympics: 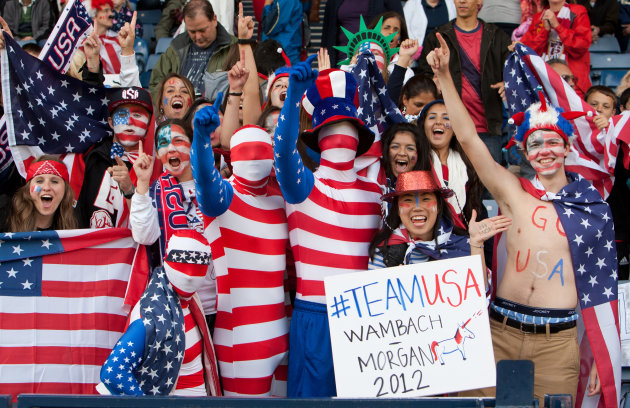 An opening ceremony from the mother country with a Beatle, a queen and Mr. Bean proved irresistible for viewers in the United States, with a record-setting 40.7 million people watching NBC‘s first night of summer Olympics coverage.

The Nielsen company said Saturday that London’s opener was the most-watched opening ceremony of any summer or winter Olympics. It topped the previous mark of 39.8 million people who watched the 1996 Atlanta Olympics begin, and the 34.9 million who watched the colorful first night from Beijing four years ago.
The London ceremony featured an unusual made-for-TV stunt featuring actor Daniel Craig portraying James Bond escorting the real-life Queen Elizabeth II to the ceremony and ended with Paul McCartney’s anthemic “Hey Jude.” But according to Twitter, the biggest spike in tweets came when actor Rowan Atkinson (“Mr. Bean”) appeared in a “Chariots of Fire” homage.
An estimated 5 million comments about the opening ceremony were made on social media, according to the research company Bluefin Labs. It was more interesting to women, apparently, as 58 percent of the comments were from women and 42 percent from men, Bluefin said.

It was the most-watched television event in the U.S. since the winter, when 39.9 million people watched the Grammy Awards and 39.3 million saw the Oscars.

The results were a good sign for NBC and broadcast TV in general, which is increasingly finding that big events draw people to the screen more than regular entertainment programming — most likely encouraged by multi-screen experiences, or people conversing through social media while watching television.

NBC Universal also earned a measure of redemption from critics. The company, which began streaming all of the Olympics competition online live Saturday, was blistered on Twitter on Friday by people who wondered why the opening ceremony wasn’t shown live (it was aired on NBC on tape delay, because London’s time zone is five hours ahead of the eastern United States). But four years ago in Beijing, NBC learned such complaints only increased buzz and made people more interested in watching it on TV in prime time.
“The audience number for the London opening ceremony is a great early sign that our strategy of driving people to watch NBC in prime time is working,” said Mark Lazarus, chairman of the NBC Sports Group.

But in an increasingly wired world, that strategy is becoming a source of controversy for NBC. Twitter was alight again Saturday with complaints against the network for not televising live the men’s 400-meter swimming race that American Ryan Lochte won, with Michael Phelps finishing fourth.
Prominent media critic Jeff Jarvis called it “ludicrous” that NBC was airing promotions for the race when it was easy for anyone to quickly find the results on the computer. Others were angry to learn the results on NBC‘s “Nightly News” before the prime-time telecast. A further aggravation was the telecast itself, including lengthy features with John McEnroe and Lochte, and Ryan Seacrest with Phelps, simply emphasizing that NBC was pumping up a race that had already been run.
The network aired the race live Saturday afternoon on its Web site. NBC has been adamant about saving the highest-profile television events for prime time, when it has its largest audience. Because of the time difference, there are no live events for NBC to show during prime time.

Despite selling more than $1 billion worth of advertising for the London Olympics, NBC Universal has said it expects to lose money on the games. Higher ratings, however, could help NBC earn more money by selling additional advertising at a higher cost as the games go on.
RERUN: NBC aired a rerun of Olympics competition at 11 a.m. EDT on Saturday. But it was justified: the network showed Phelps’ initial qualifying race, which had been aired live shortly after 5 a.m.
CLOSE GAME: The tighter-than-expected women’s basketball game between the U.S. and Croatia challenged NBC announcers Bob Fitzgerald and Lisa Leslie. They were in an awkward position, following the “home team” for U.S. viewers in what was turning into a Cinderella situation for the other side. Before pulling away at the end, the U.S. led 53-49 after three quarters against a team that it had beaten by 54 points a week ago, a team that barely made the Olympics. The announcers could have done a better job exploring the deficiencies of the U.S. play and whether it put an anticipated gold medal run in jeopardy.
QUOTE: “They’ll be partying on the streets of Kazakhstan tonight.” — cycling analyst Paul Sherwen after Alexandr Vinokurov’s unexpected win in the men’s road race.
UPCOMING: The U.S. women’s gymnastics team springs into action on NBC on Sunday night. In daytime viewing, the U.S. men’s basketball team opens against France.