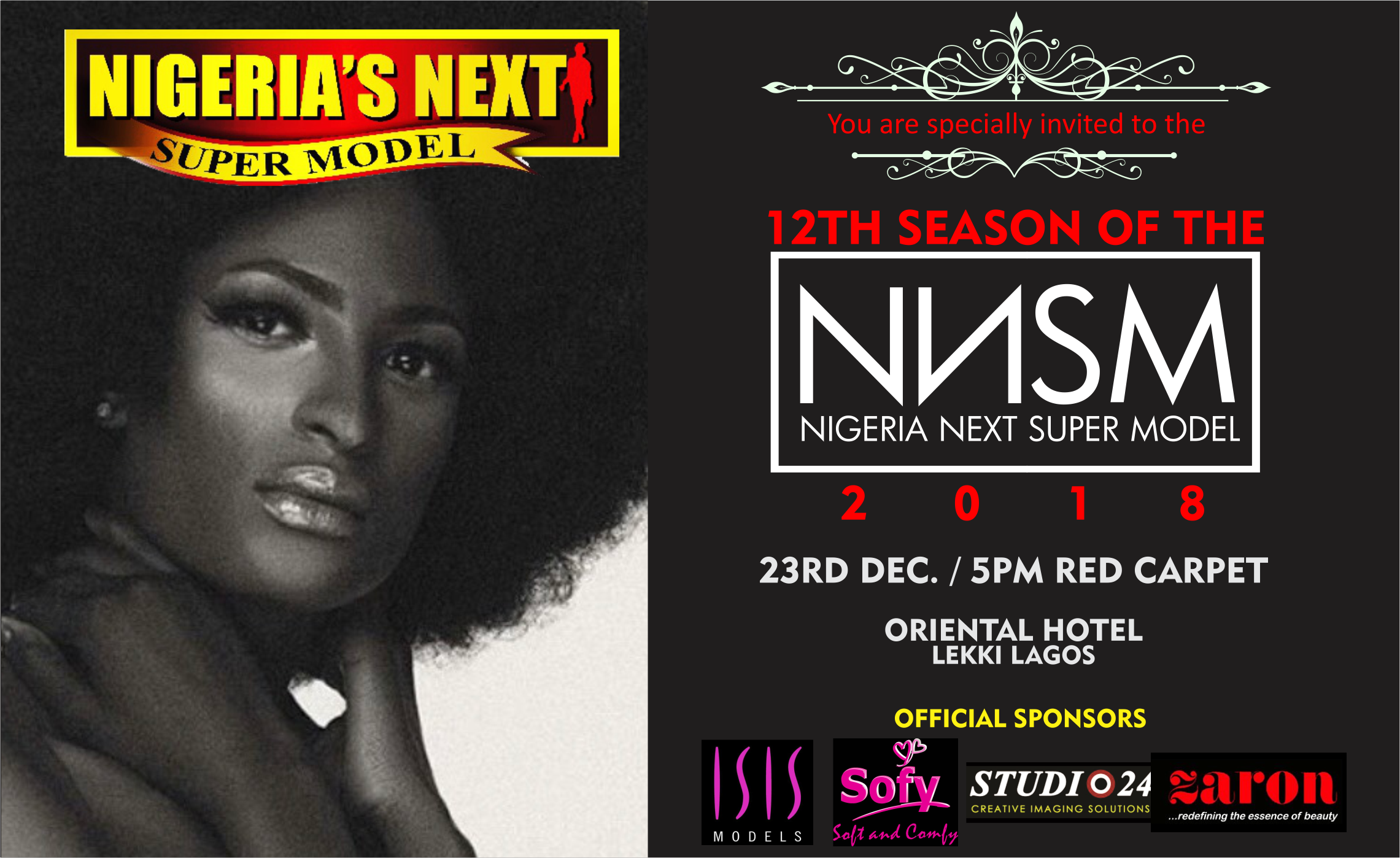 Welcome to the Nigeria’s Next Super Model 2018, the 12th edition of Africa’s Prestigious Model Contest. In the search for Africa’s finest, Nigeria has been producing some of the world’s finest models who have over the years been seen on international runways, world-class designers’ favorites, placed in international modeling agencies and are regarded as supermodels.

The competition is open to all girls between the ages of 16 to 26 and from any states in Nigeria. The competition gets exciting as the contestants are currently in the house at Linda Ikeji Gidi House where they have the opportunity to train, socialize, exercise and obtain votes from friends and families.

NNSM 2018 registration started at the early part of the year, of which several girls applied to stand a chance. Several screenings were conducted at various times of the year at different locations around the country. Final screening left 28 stunning girls standing and proceeding to the camp where they would be nurtured into supermodels.

Nigeria’s Next Super Model (NNSM) is known for constant success stories following each edition, every year winners and contestants of the competition have a large chance of strutting international runways, bagging international modeling contracts, several consolation prizes, and a grand prize of brand new car for the winner sponsor by Studio 24 for the last 11 editions.

The winner gets a brand new Car by Studio24, travel tickets, and several other benefits that are awaits as the reign goes by… the founder, Mrs Joan Okorodudu always have this quote for the winner, “the winner takes it all”.

Top finalists and other contestants that stand out are also signed up to ISIS Models where they are sure to be moulded into worldclass supermodels.

Grand Finale of the Nigeria’s Next Super Model can be found here.

The event is proudly sponsored by Sofy, Studio 24 and Zaron.