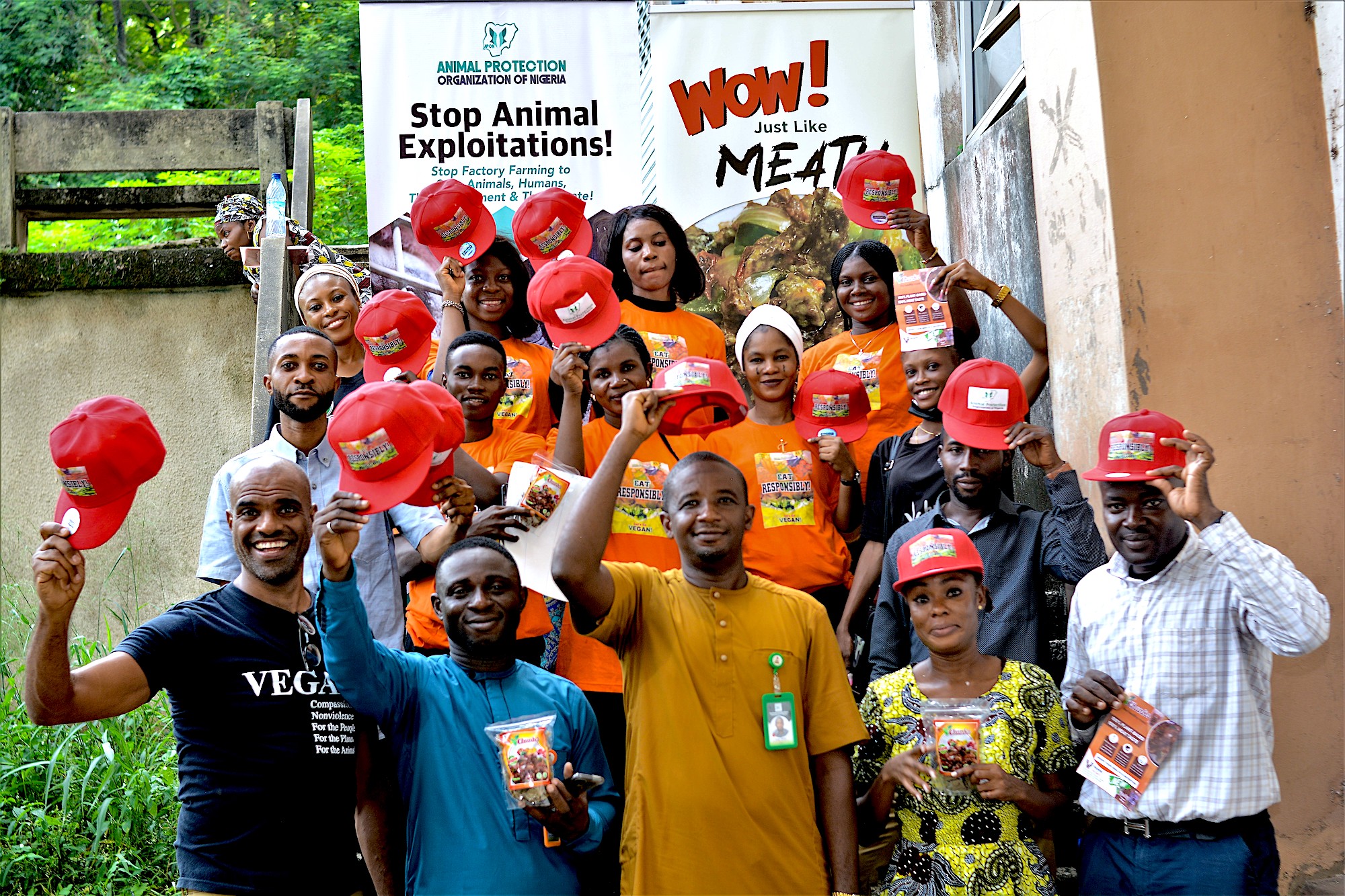 The ongoing cage-free campaign popularized by the Animal protection organization of Nigeria took a new twist as the group launched a plant-based campaign yesterday, 4th November, 2021.
According to the campaign coordinator, Mr. Olugbenga Abayomi Adebayo, said the vegan campaign is part of the ongoing cage-free campaign targeting menace of animal agriculture. ” Animal agriculture contributes largely to GHG-emissions affecting climate and environmental pollution. Also, humans risk contracting deadly terminal diseases from consuming Heme iron mostly found in animal meat. We are here today to create awareness on the hazards of factory farming and alternative diets that are environmental and climate friendly and which also guarantee healthy living through its consumption.” he said.

The event which took place in the Cultural Centre in Ibadan brought together Ibadan socialites and veteran Nollywood Yoruba TV maestros.
The regional leader of the Nollywood Yoruba, Yeye Rose Odika, said she was happy this subject was brought to the public as many Nigerians are dying in silence from consumption of red meat. She advised that animals be given a second thought of substituting with plant-based options for once.
Addressing the public on the need to choose plant-based food as alternative to animal meat, the Executive director of APON, Mr. Joseph Odika, said APON is launching different campaigns addressing different yet similar topics. Nigeria is a multicultural society, identifying campaign targets is crucial to achieve the desired results. We are using a one health approach to address critical and common issues which are animal abuse, climate change, human health and environmental health.” Odika said.
Viggie Victory, a plant-based and vegan food manufacturing company provided the plant-based meat for the event which was proudly accepted by the attendants.
” We thank our funder, Centre for Effective Altruism(CEA) who has made the campaign possible. APON cage-free campaign is spreading via different platforms and we are happy to receive unflinching support from CEA”. Said Odika