NEW FIT AND CAMPAIGN FOR LEVI’S

Levi’s has launched a new campaign for women, entitled “Believe”. It supports the launch of a new fit concept for women, including one specifically designed for the South African market. Levi’s Curve ID launches today, 27 August, 2010, at The Women’s Show in Johannesburg.

The new fit concept, Levi’s Curve ID, addresses the frustrations that women experience in finding the perfect pair of jeans. Based on a study of more than 60 000 women’s bodies around the world, Levi’s Curve ID delivers a collection of jeans that women can finally “believe” in. The emotional positioning of “Believe” led Levi’s to create a campaign that would capture the spirit of this word. The result is a campaign that celebrates real women and their curves, and that was created specifically for a female audience.“This campaign celebrates the confidence and courage of the Levi’s woman – inspiring, multidimensional and youthful, always believing in herself, what she does and what she wears,” said Debbie Gebhardt, marketing director for Levi Strauss South Africa. “With Levi’s Curve ID, we are really changing the way women perceive their own body shape and shop for jeans.”Meeting the needs of local consumers

The global campaign features three artists representing each of the Levi’s Curve ID fits. The inclusion of a fourth fit, Levi’s EVA jeans, in the South African market to meet the needs of local consumers, led to the development of a local version of the campaign. The brand’s local music and engagement agency Matchboxology was tasked with finding four young dynamic artists who were confident, sexy and bold in the pursuit of their own success, while also aligned to Levi’s brand values of courage, integrity, authenticity and empathy – and, of course, representative of the four distinct body shapes that characterise the new fits. A lengthy search ensued, culminating in the selection of four unique talents: DJ Candice Heyns, singer and songwriter Josie Field, lyrical poet and actress Naima Mclean, and DJ/VJ Fix Moeti. 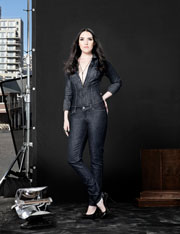 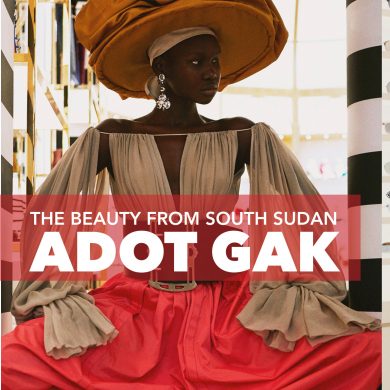