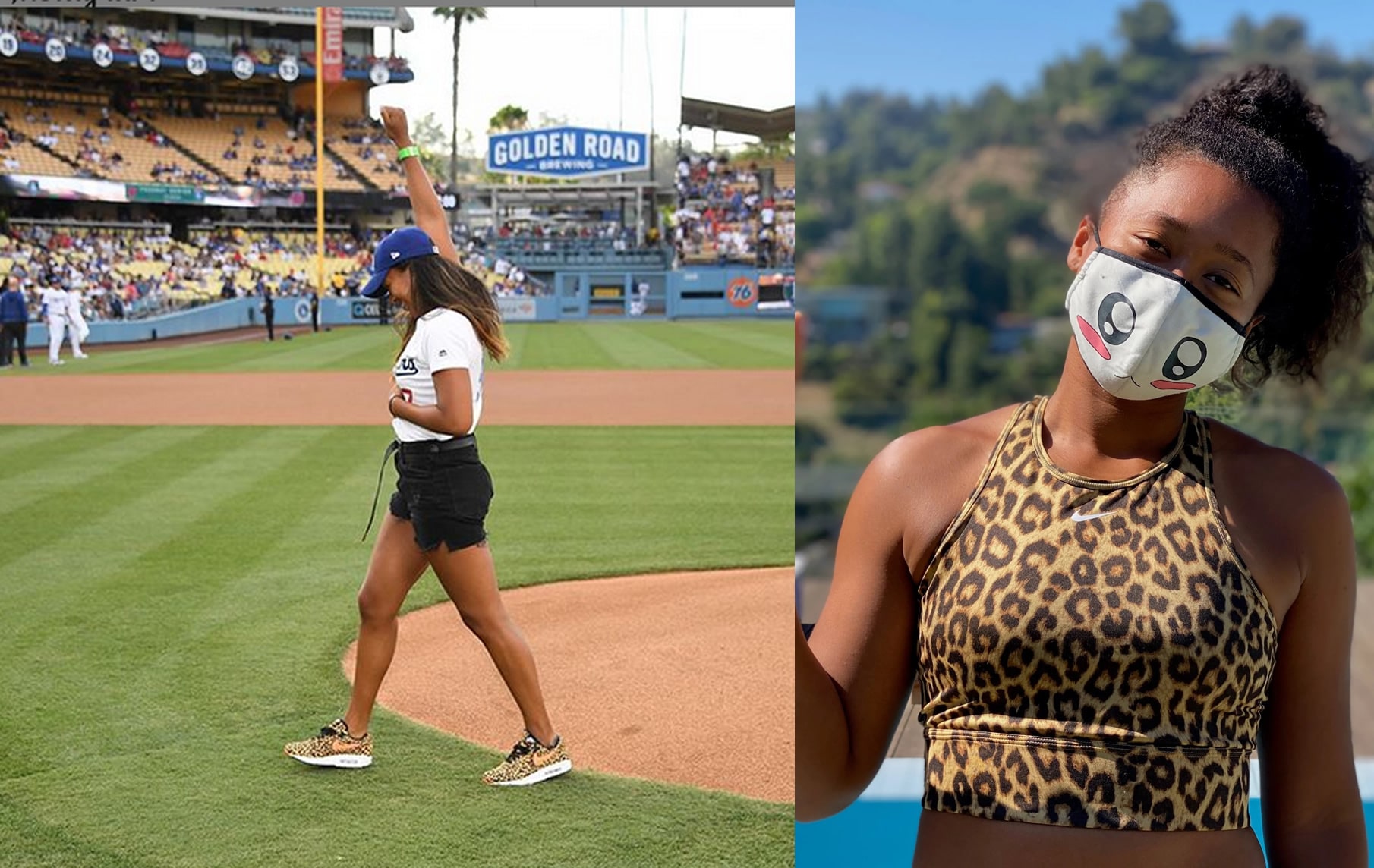 Naomi Osaka is best known for her talent on the tennis court, she earned her world number-one spot at the age of 21. And also she had her unforgettable victory at the 2018 US Open against Serena Williams. However recently, the Japanese American athlete’s approach to style has proven impressive. Known in the tennis world for her unaffected personality, she talks in characteristically modest terms about her burgeoning interest in fashion, which saw her work with designer Hanako Maeda on a capsule collection for her label ADEAM back in February.

“I’ve always really loved clothes,” Naomi says over the phone from Los Angeles, where she is currently training for this year’s US Open under lockdown. “When me and Mari [Naomi’s older sister] were younger, we used to have really long car rides to tournaments, and to pass the time, she would always draw. I just looked at her drawing and thought, ‘Oh, that looks really fun,’ so I started to copy her – which I guess is what I did in tennis as well. But that’s what started everything.”

Naomi and Mari decided that they wanted to harness these creative instincts to make a difference. “The idea came from Naomi at the beginning. I just kind of helped her with the design,” Mari explains, from her separate quarantine bolthole in Florida. “I was seeing everyone in the US wearing the same medical mask, and I remember in Japan even before this whole situation happened, everyone was wearing masks and they were quite fashionable,” Naomi continues. “So I wanted to release a mask that wasn’t just for protection, but could also be used as a fashion statement.”

They got in touch with UNICEF Japan to donate all profits to their programs in supporting disadvantaged Japanese youth. The design itself – available from Naomi’s official website – evolved from the sisters’ shared love of cartoons, consisting of a stylised pair of animal eyes. “Why wouldn’t you want a little animal on your thing so people can really understand how cute you truly are inside?” Naomi asks. On this, Mari agrees. “I’m not sure why it’s now becoming a political thing to not wear the mask – we should all be wearing them, and so it might as well be fashionable and cute.”

I was trying to figure out why the people in the supermarket were staring at me, but then I realized when I got to my car I unintentionally went full anime today.