So you think Libya leader Col. Moammar Gadhafi is nuts?

You might also want to try Myanmar’s repressive head of state, Senior Gen. Than Shwe.

For a recent televised ceremony, the 78-year-old boss of Asia’s most authoritarian regime ditched his army dress uniform in favor of, more simply, a woman’s skirt.

Than Shwe appeared at a national holiday event last month wearing a woman’s sarong — or acheik — and got the country talking. That is, as much as people can talk in an oppressed society.

Both men and women wear sarongs in Myanmar, formerly known as Burma, but the female version has very distinct patterns, as modeled by Shwe and other generals at the Feb. 12 event.

“I don’t understand why the generals were wearing women’s [sarongs], but they looked very weird,” a Rangoon mechanic by the name of Myint Oo told Time.

Myanmar’s population is steeped in superstition. Speculation suggested Than Shwe’s questionable fashion choice was an attempt to trick fate after astrologers predicted women will rule Myanmar — a country where female politician and opposition leader Aung San Suu Kyi remains popular after spending 15 of the past 21 years under house arrest.

It gets crazier.
In 2007, Than Shwe’s government beat down an uprising led by monks.

Rather than organize via the Internet and mobile phones, as activists recently did successfully in Tunisia and Egypt, Myanmar protesters called on dissatisfied citizens to send women’s underwear to Than Shwe — because the general believes contact with lady pants will sap his power.

Dubbed “Panties for Peace” by the Lanna Action for Burma Panty Party, the campaign failed to overthrow the government but enabled the group to become an officially registered political party.

The LAB Panty Party website urges visitors to: “Use your Panty Power to take away the power from the junta and support the people in Burma. You can post, deliver or fling your panties at the closest Burmese Embassy any day from today.”

The site also offers a bizarre campaign video featuring a man dressed as a witch urging voters to support his candidacy in last year’s elections.

Reality for Myanmar’s people is often no laughing matter, however.

The country’s government is infamous for stifling dissent and imprisoning democratic rival Suu Kyi for years. She was released after November’s election. 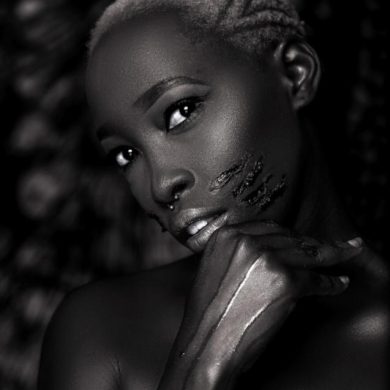