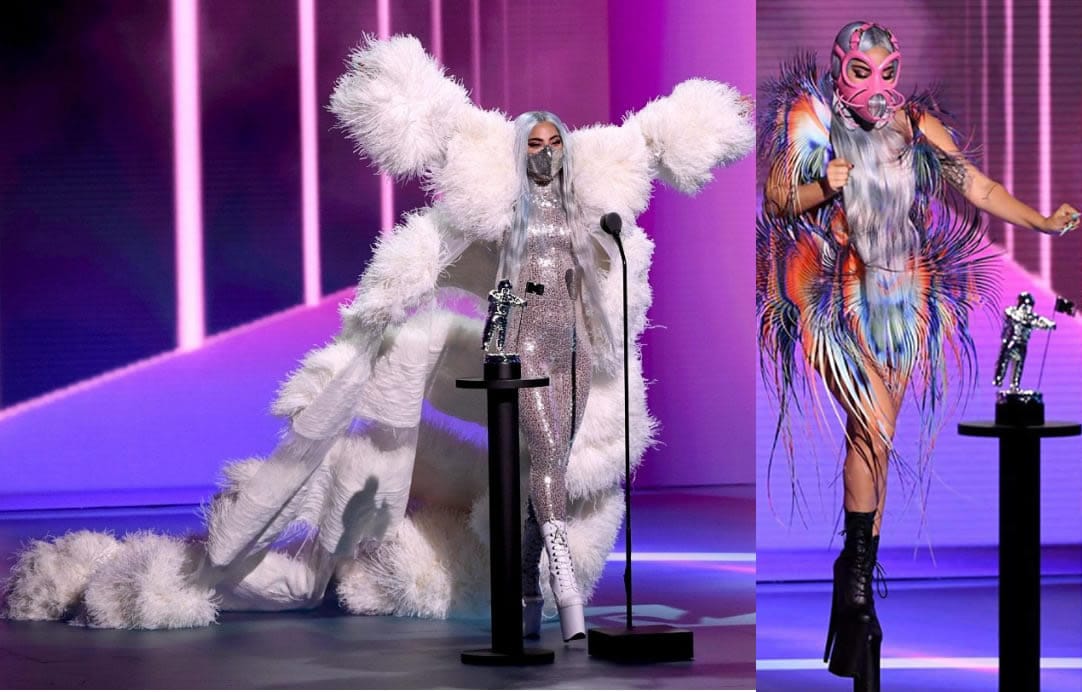 The ceremony, which was filmed at several outdoor New York locations with a limited audience, was dedicated to the late Black Panther star Chadwick Boseman. It included pre-recorded speeches and performances, with Lady Gaga saying: “Love who you are. Be kind. Mask up.”

The singer-songwriter, actress, and activist donned a different mask almost every time she came out on stage.

Lady Gaga was presented with a brand new award. The Tricon Award recognized her for being an icon in music, acting, and activism. The MTV VMA Tricon Award replaced the Video Vanguard Award. The last time the Michael Jackson Video Vanguard — also known as the Lifetime Achievement Award — was given out was in 2019 to Missy Elliot.

The actress did not disappoint with her incredible acceptance speech while wearing her fourth unique mask of the evening.

“I want to share this award with everybody at home tonight,”

“Everybody at home is their own form of a tricon. I wish for you to think right now of three things that define who you are and take a minute to reward yourself for your bravery.”

“I want you to know I failed over and over again as an actress and as a musician when I was young, so I gave back to the local community,”

“Philanthropy became a much bigger part of my life as a star.”

“Just because we’re separated right now, and culture may feel less alive in some ways, I know a renaissance is coming, and the wrath of pop culture will inspire you,”

“The rage of art will empower you as it responds to hardship with its generosity and love. This is what I believe. I want nothing more than to be your artist in 2020. Stay safe and speak your mind. I might sound like a broken record but wear a mask. It’s a sign of respect.”