The Ikoyi residents ,especially residents close to the Ikoyi polo club will have free traffic flow as from today as the MTN Lagos polo international tournament bids polo enthusiast farewell yesterday.
The two weeks long Tournament caused unusual traffic along Ikoyi Mobile filling station down to the barracks towards the club.But for the logistics put in place by the Club tournament organizing committee,that allowed coordinated flow,it would have been a sorry state. 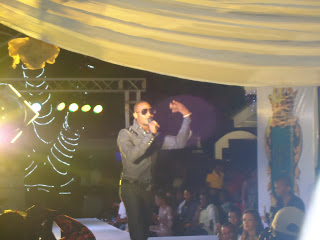 D Banj performing during the entertainment segment of the just concluded MTN | Lagos International polo tournament.
The good side of the traffic is that, it shows the continued followership of the game by spectators.From the first day of the tournament to the end was a funfair to behold in the minds of club members,invited guests,players and spectators.Apart from the spectacular playing skills of the players which thrilled spectators during the day,there are also entertainment in diversity put in place during the evening.
“this is polo at its best”proclaimed by the assistant Manager of Marketingmixideas Mr.Bamji Ajibade in my one on one interview with him.He also stressed the need for the club to extend the VIP lounge to accommodate more VIP in the near future. 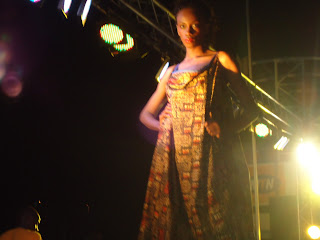 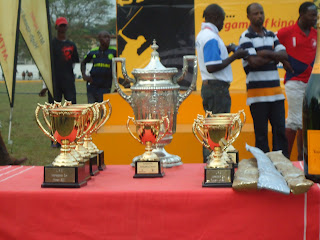 The MTN lagos International tournament came to an end yesterday as LAGOS TAVIA TROJAN CLINCHED THE OPEN CUP  by spanking KANO TITANS 10 goals to 8 ½ and in the other category,LINETRALE TRAFIGURAL wallops KADUNNA FIFTH CHUKKA  with an outstanding win of 13 goals to 10 thereby clinching the prestigious MAJEKODUNMI CUP.
Bode Makanjuola led CAVERTON came as runner up to LAGOS HGL SHORELINE in the Governor’s cup category.Lagos Caverton bows to the wip of Lagos HGL Shoreline on Friday 4th March with a gallant lost of 10 ½  goals to 12.
The Lagos State Governor represented by the Lagos State Commissioner for sports,Mr.Adeniji Adele  presented the Governor’s trophy to the Linetrale Trafigural team.
Joseph.

Subscribe to stay up to date and stay notified about exclusive offers and fashion tips.
More Stories
Beyonce and Jay-Z Share First Pics of Blue Ivy