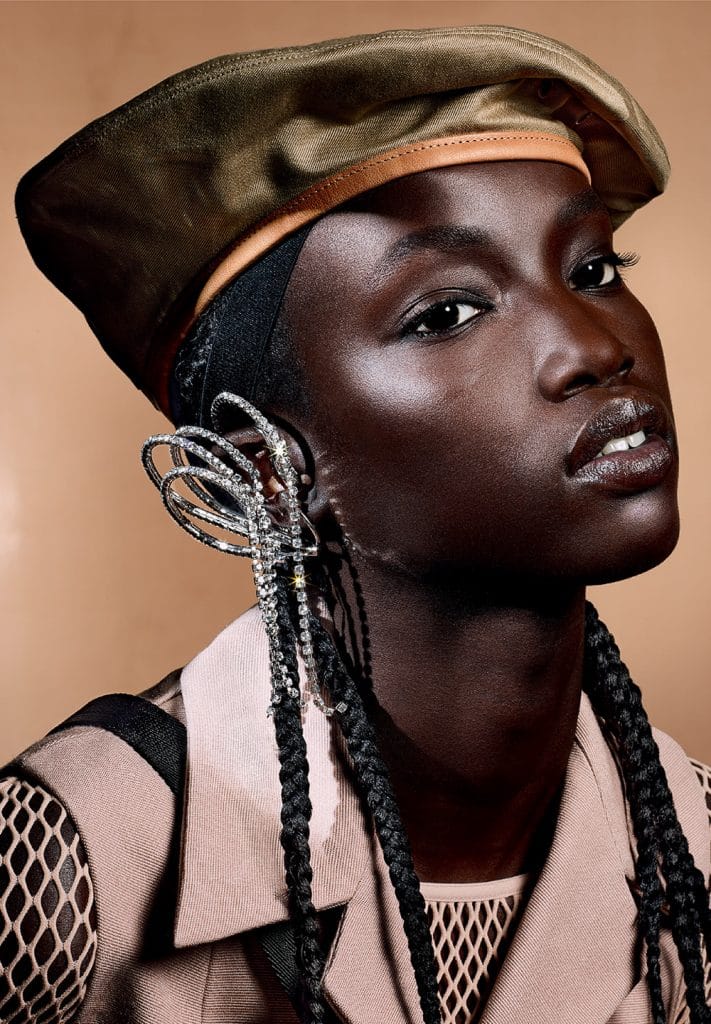 She never planned to be a model. After graduation, she attended her school’s homecoming, a photographer casually took a photo of her, then she became a model.

There are several models discovery stories where a girl unexpectedly becomes a model either by photo-bumping, unknowingly walking into a model casting, and so on… however the story of Anok Yai is somewhat different and it might be unlikely to have the same story repeated.

Anok’s story started with a viral picture of her at an homecoming event organized by her school. The Sudanese beauty had a plan of being a graduate of biochemistry at Plymouth State University. She went out to attend and enjoy the famed homecoming weekend at Howard University in Washington D.C. where she inadvertently came across a street style photographer Steven Hall who randomly took her photo. Posting it on his popular Instagram account, @thesunk. The photo quickly racked up more than 19,000 likes and sent Yai thousands of new followers in the process. Yai never considered the photo would make this kind of impression when she was posing for it, probably should might have made extra effort in the pose, but she got the same result anyways. “I first saw the photo after my phone started getting the notifications,” she said.

Yai was born in Egypt, but her heritage is Sudanese and her family has lived in the United States since she was 2. As a child, she and her sister were engrossed by “America’s Next Top Model,” the Tyra Banks-hosted show that pitted aspiring models against each other in a series of challenges. The Yai girls would envision themselves as contestants, racing to interviews and gigs in New York, walking runways in Paris. Anok for a while gave up on modeling as a career when she saw that the models she’d see on magazine covers were all white or light skinned, she saw that that the modeling industry is a little too crowded and based on her looks she might be easily discarded.

“My fear was being able to stand out because there’s so many girls modeling and the industry is always changing,”

“I always was inclined to do art and fashion, but I didn’t know how to get into the industry,”

Her viral snap captured the interest of Kyle Hagler, the president of Next Management while in town on a visit to his former school.

“What’s funny is when I was a teen in college, I would go to Howard’s homecoming a lot because they had a better football team and a cooler scene. We always drove up to D.C., so I was kind of watching Howard’s homecoming virtually. Anok has something very special. She’s not only beautiful, but she’s intelligent and has a real understanding of community.”

Hagler said he was struck by Yai’s runway-ready look and her book smarts. Anok’s story continued with several calls from modeling agencies, fashion houses and various commentaries from social media users. She quickly got her followers up from 300 to about 50,000 within few days.

Her random brush with serendipity has given her something more than Instagram fame and a budding career, she said. It has given her a platform.

“When I was younger I was extremely insecure about my skin color,” she said. “All I saw was light-skinned and white girls in the media. Now, I can speak my mind on certain topics and have people that will definitely listen. Now, I can use my mind and tell people about colorism and teach girls about self-confidence.”