Mistake Of The Decade!!!! 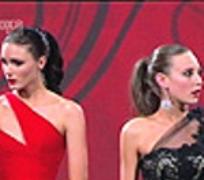 The supermodel host of Australia’s Next Top Model has been left red-faced after she announced the wrong winner of the TV contest.

Sarah Murdoch was close to tears after realising she had mistakenly said 19-year old Kelsey Martinovich was the winner of the Foxtel TV series during the show’s live finale.

had completed her acceptance speech before Murdoch backtracked on stage to reveal the real winner from a public vote was 18-year-old Amanda Ware.

“I don’t know what to say right now. I’m feeling a bit sick about this,” Murdoch told a 2,000-strong audience.

But Martinovich was gracious in her sudden defeat, saying: “It’s okay” over and over and repeatedly congratulating Ware.

The disastrous event was dissected in real time on Twitter, and it became an international trending topic immediately.