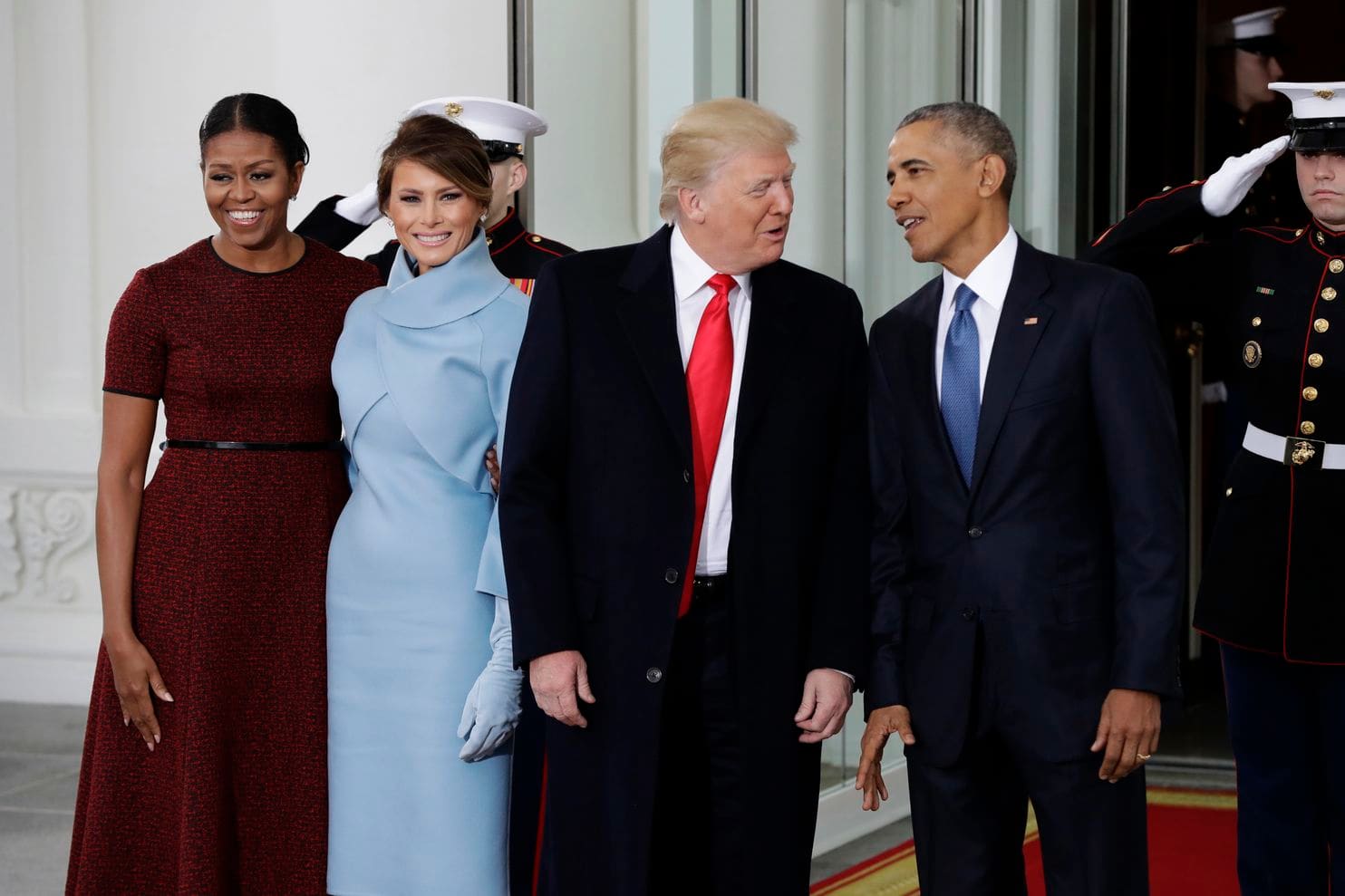 The former First Lady is greatly admired as an ambassador to the US “way beyond fashion” by Vogue’s editor-in-chief Anna Wintour, who has failed to praise the current First Lady. Ms Wintour hasn’t featured Melania on the cover since 2005 following her marriage to now US President Donald Trump. The fashion giant, a longtime Democrat, hinted the magazine may never feature Melania again since becoming First Lady.

But Melania’s spokeswoman, Stephanie Grisham, hit out at Ms Wintour’s comments in a stinging rebuke.

Ms Grisham said: “To be on the cover of Vogue doesn’t define Mrs Trump, she’s been there, done that long before she was First Lady.

Her role as First Lady of the United States and all that she does is much more important than some superficial photoshoot and cover.

“This just further demonstrates how biased the fashion magazine industry is, and shows how insecure and small-minded Anna Wintour really is.”

It comes as Ms Wintour was asked about Melania’s wardrobe following her trip to the UK during an interview in which she gushed about Michelle Obama.

The fashion giant told The Economist’s podcast: “I think First Lady Michelle Obama really was so incredible in every decision she made about fashion.

“She supported designers, indeed, from all over the world. She was the best ambassador this country could possibly have in many ways, obviously, way beyond fashion.”

However, the interviewer pressed for Ms Wintour’s thoughts on Melania.

Anne McElvoy said: “But she’s not the First Lady now.

“So what about the one you’ve got now?”

Ms Wintour added: “To me, Michelle is the example that I admire.”