Meet AFI Team That Drives Africa Fashion To His Climax

Dr Precious Moloi-Motsepe is a businesswoman and humanitarian who started her career path as a medical doctor. She was drawn into the fashion world when she realized that the fashion and clothing industry can play an important role in supporting and developing small businesses and promoting entrepreneurship.
“I am inspired by the talent of South African artists and fashion designers. I believe that it is only a matter of time before we have South African designers exporting to big fashion houses and retailers overseas. Their unique designs set them apart and makes them stand out. The world of fashion is always looking for new talent.” says Dr. Moloi-Motsepe.
Dr Moloi-Motsepe started her career in medicine at the . She has worked in both the public and private health sector as a general practitioner and opened one of the first women’s health clinics in . Her involvement in medicine is now includes educating and advising women on women’s health issues and working with NGOs.
She heads the Motsepe Family Foundation, which immerses itself in projects and ventures that positively impact on the country and its people, from health and education to the nurturing of young talent in the fields of music, sport and fashion. Dr Precious Moloi-Motsepe is a board member of Synergos (SA Chapter), Endeavor and the , and is the Patron of Birdlife and Child Welfare South .
Most recently, Dr Moloi-Motsepe has been appointed Gift From Africa’s “Champion” for , a Global Fund Initiative that seeks to mobilize private sector support in for the fight against HIV/AIDS, TB and Malaria. The Chairperson has also married her passion for women’s health and fashion business through the Design for Life Breast Cancer campaign.

Grant Blackbeard is the General Manager of AFI. He has also been tasked with developing commercial properties across the fashion week value chain ensure the growth of AFI through areas such as retail, manufacturing and production development.

Grant is known in the clothing and textile sector as an industry expert. He has successfully founded and later sold both a Sportswear company and a South African designer retail company, which included the brands Blackbeard & Dare and India Jane.
He has held posts as an operations manager, buying manager, merchandise director and managing director in the creative and clothing industries, including with some of the largest suppliers and retailers on the continent and abroad. He has also consulted to major retailers, manufacturers and designers developing business and strategic direction.
Grant has developed business curriculum for the industry that bridges the gap between the creative industries and the business world and serves on the SETA sub chamber fashion design board and is a Endeavour mentor for entrepreneurs. His qualifications include a National Diploma in Fashion Design, Marketing Management and an MBA.

Allana Finley hails from in the . Her foray in to fashion started in the late 80′s through retail working for companies like DKNY, Eileen Fisher, Tiffany & Co. and Gucci America.While living in , Allana became known as a celebrity stylist working with clients like Candice Bergen and Jessica Simpson.

In 2000 love came calling and she moved to . Over the past 10 years Allana has consulted for companies like CNN, Hyprop Investments Ltd. and Stoned Cherrie.
She is currently responsible for the Marketing and Communications Portfolio of AFI along with the management of AFI’s Corporate Social Responsibility projects such as Global Robing and Global Fund Initiative, Gift From Africa.

Phindi graduated with a law diploma from the . Her career began in the Auto & General legal department. From there she moved to Alexander Forbes where she worked as a Portfolio Manager looking after high net worth client’s portfolios and advising on insurance & financial risks.

Prior to her move to AFI, Phindi was at the SAIL Group, where she started out as an event coordinator and moved to be the event manager for the Vodacom Group account.
At AFI, Phindi project manages the events, running finance and logistics. 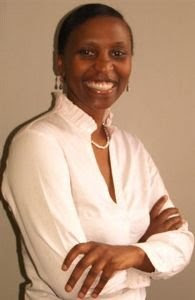 BELLA CEBEKHULU
BUSINESS DEVELOPMENT MANAGE
Bella Cebekhulu is a Design professional with more than two decades of experience in design and product and enterprise development. Having managed and launched programs in both design and enterprise development Bella has helped entrepreneurs develop their brand positioning and create new Business opportunities.
Bella joined African Fashion International (AFI) early in 2011. Prior to joining AFI, she held management positions at various companies including Levi Strauss South , during it’s launch in in 1995. Bella also spearheaded the development of Furniture Industry Organization for four and a half years, helping small manufacturing businesses understand design as part of the manufacturing value chain.
In her current capacity at AFI as Business Development manager, Bella is responsible for the strategic development of AFI’s business activities, accelerating the growth of the business of fashion and further developing AFI’S commercial entities.

Subscribe to stay up to date and stay notified about exclusive offers and fashion tips.
More Stories
Runway Liberia International gets massive turnout