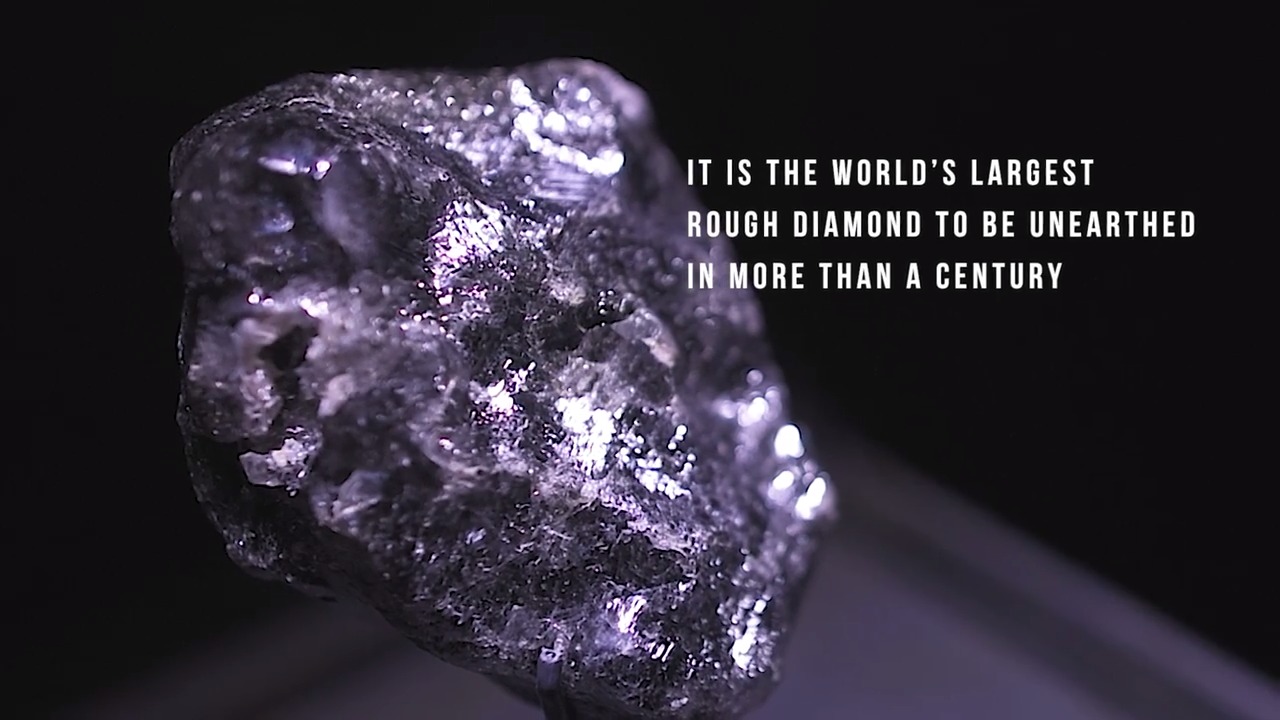 Louis Vuitton has just acquired the glinting black stone which is currently the second largest rough gem diamond in recorded history, second only to the Cullinan – a 3,106-carat gem mined in South Africa in 1905. That makes the Sewelo, estimated to be two billion years old, the largest diamond discovered in this century

Roughly the size of a tennis ball, the 1,758-carat diamond that was purchased by Louis Vuitton and unveiled in January is now being showcased to interested buyers until Tuesday.

Named Sewelo, which means “rare find” in the Setswana language, it was discovered in April last year at a mine in Botswana owned by Canadian diamond mining company Lucara Diamond Corporation.

The Sewelo, estimated to be two billion years old, is now known as the largest diamond discovered in this century.

Louis Vuitton’s purchase of this historic discovery has been seen by many as a bold move for the luxury house, which is better known for its handbags and heritage trunks.

The LVMH-owned brand entered high jewellery only in 2012, with an atelier in the esteemed Place Vendome in Paris.

It is not known exactly how many millions the French fashion house paid for the stone.

Asked why the Sewelo would be the stone to propel Vuitton’s high jewellery efforts, chairman and chief executive of Louis Vuitton Michael Burke said in an e-mail interview:

“This rough stone is unique. Unveiling it to a handful of clients is a testament to our daring spirit and our desire to be a major player in jewellery.”

He added: “We’re positioning ourselves for the next 100 years.”

Available for viewing by appointment only, its stop in Singapore at the Louis Vuitton Island Maison at The Shoppes at Marina Bay Sands is its only one in South-east Asia.

Mr Burke said: “We are trunk makers, not jewellers. Even if we recruited new talent and put all our efforts into this new field, we wouldn’t want to proceed as the others – it would make no sense.

“We have to be audacious and brave; this stone is the proof of this. No jeweller on Place Vendome would ever dare to take the same risk.”