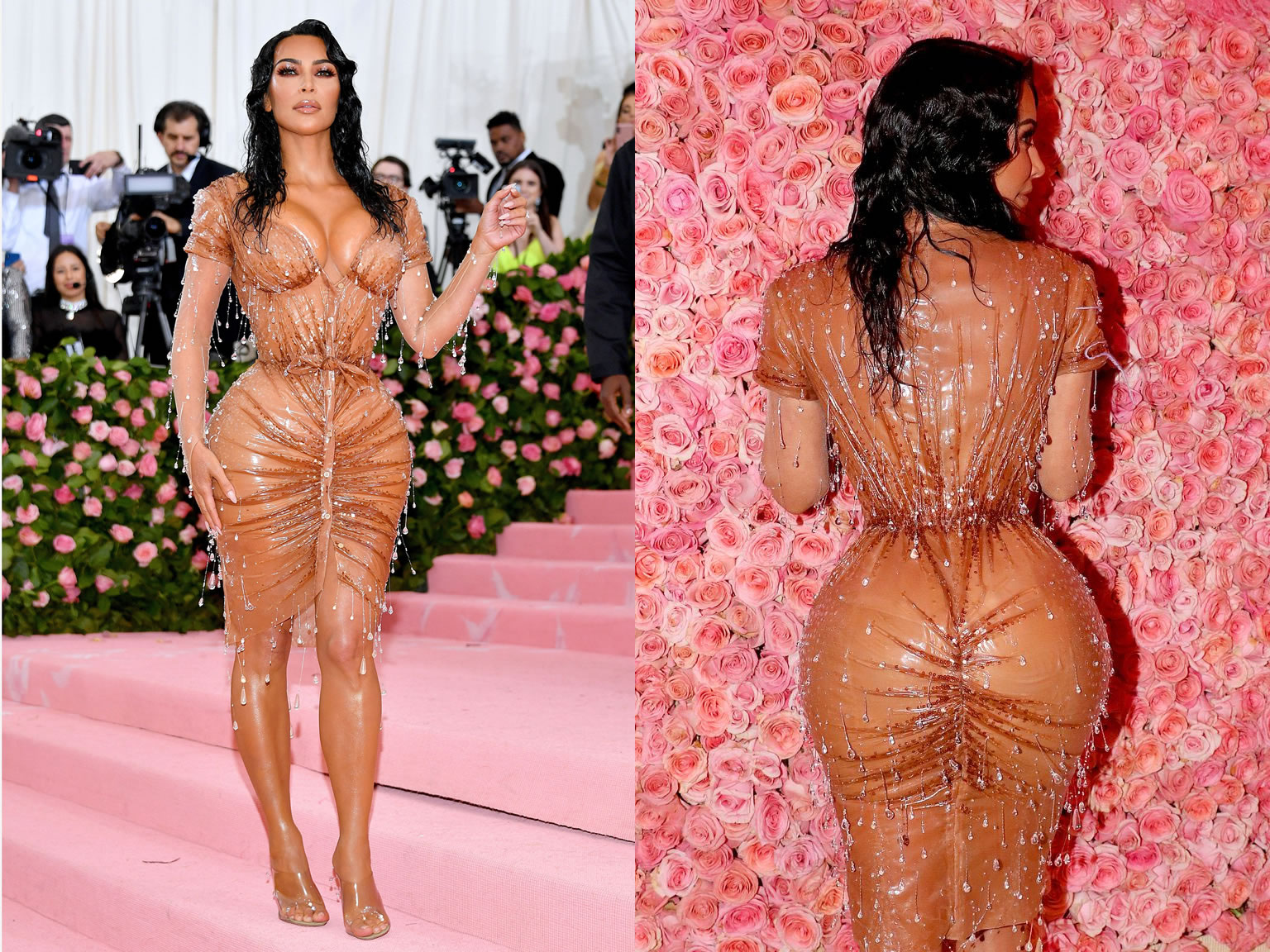 Kim Kardashain makes the Headlines with her jaw-dropping Mugler dress

As expected at the Met Gala, we could see a sea of extravagant ensembles come down the red carpet as fashion’s biggest celebrities stepped out dressed to the theme of ‘Camp: Notes on Fashion’. And overall, Kim Kardashian West pulled all the attentions towards herself, dressed as if she was dripping wet in a Thierry Mugler gown. It was told that this gown pulled the designer out of retirement and took eight months to make.

The latex corseted dress clung to the reality star’s body and beaded crystals hung off her as if they were drops of water. She wore her hair with a wet look and ensured that her skin looked wet with plenty of oil.

A certain publication wondered if Kim went for a ribs removal surgery considering the extra-tiny waist on the huge curvy body frame. On twitter there were discussions going on if she’s got the normal number of ribs in her mid-section.

“So how many ribs do we think Kim k has had removed?” one user wrote.

“It’s insulting to our intelligence to pretend this is from a plant based diet and not from getting actual ribs removed,” sniped another, in response to an Us Weekly headline about the star’s strict pre-gala meal plan.

The dress marked the first design Mugler has created for his namesake house in two decades and took months to make, Kardashian explained on the red carpet.

“This is the first time in 20 years Mr. Mugler has designed for the House of Mugler,” she told US Vogue. “So to come and design this gown for me is such an honour. This is about eight months in the making. He envisioned me this California girl stepping out of the ocean, wet, dripping.”