Is this the height of racist? 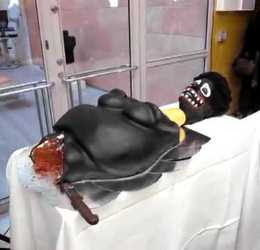 Swedish minister of culture Lena Adelsohn Liljeroth attended a party for the Stockholm cultural elite on Saturday April 14th and declared the party officially started by slicing the genitalia (clitoridectomy) of a cake that depicts an African woman.
Lena has been called to resign by the National Afro-Swedish Association.
click this link to watch the full video http://www.youtube.com/watch?v=qkEf_IijzVk
The photos went viral on social media with a lot of people saying its racist. You agree? 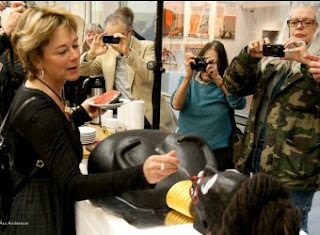 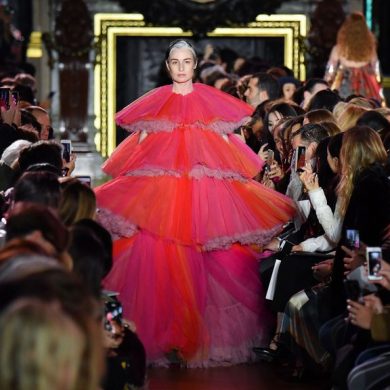