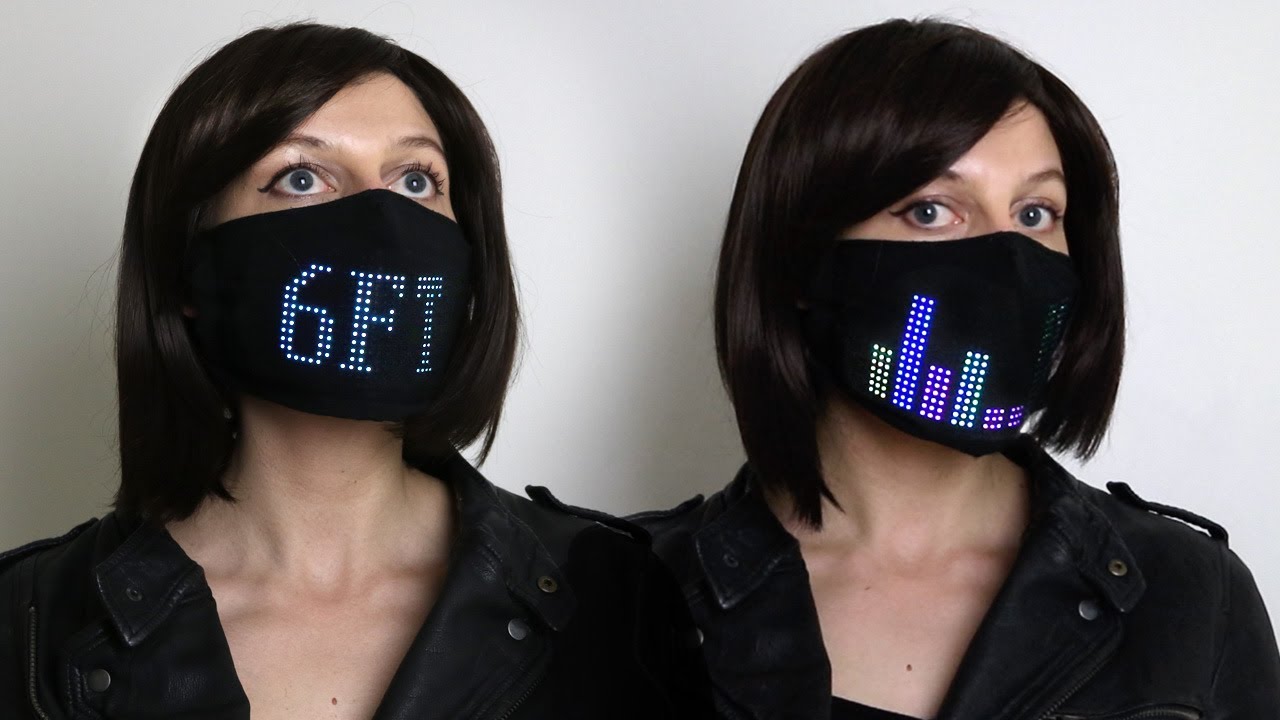 How would you like an electronic face mask that can filter air, give an LED smile, and/or provide language translation? Say hello to innovation!

Innovation: Engineers from various corporations, startups, students, and even freelancers have entered the market with a various types of unique electronic designs, redefining the “new normal” of public mask-wearing.

In June, BBC’s Chris Fox interviewed maker Tyler Glaiel about his homemade electronic face mask. Tyler used an Arduino Nano, along with an LED array to produce a light pattern that mimics the motion of the mouth when speaking. It addresses an issue that is missing in the more advanced medical devices, which is the ability to see when a user is talking.

Donut Robotics recently introduced the C-FACE, a face mask technology that translates Japanese into eight other languages—breaking down barriers in a post-pandemic socially-distanced world.

The electronic wearable connects to any existing mesh mask and connects through a Bluetooth tethered cellular device to translate a users’ spoken word into text on the phone. The C-FACE leverages existing robotics IP to translate Japanese into eight other languages.

In an interview with Reuters, Taisuke Ono, chief executive of Donut Robotics, explains, “We worked hard for years to develop a robot and we have used that technology to create a product that responds to how the coronavirus has reshaped society.”

LG introduced the PuriCare wearable air purifier along with a UV-enabled case for sanitation at the IFA 2020 in early September. The design uses a patented respiratory sensor and dual fans to take in clean filtered air with varying fan speed to allow normal breathing. Ergonomically designed for a full day’s use, the 820 mAh battery can sustain the device for eight hours on low mode at 25℃.

Another innovation comes from Vita Innovations with its flagship product, VitalMask. The startup formed in April 2020 after winning AI Health Hackathon hosted by Cornell Medicine’s Clinical and Translational Science Center alongside Entrepreneurship at Cornell. The 3D printed mask places sensors around the earlobes, nose, and mouth. These sensors monitor body temperature, heart rate, blood oxygen levels, and respiration for use in hospitals. The team behind the technology won the grand prize of $2,000 at the hackathon and took the third-place $500 prize in the special category sponsored by IBM.