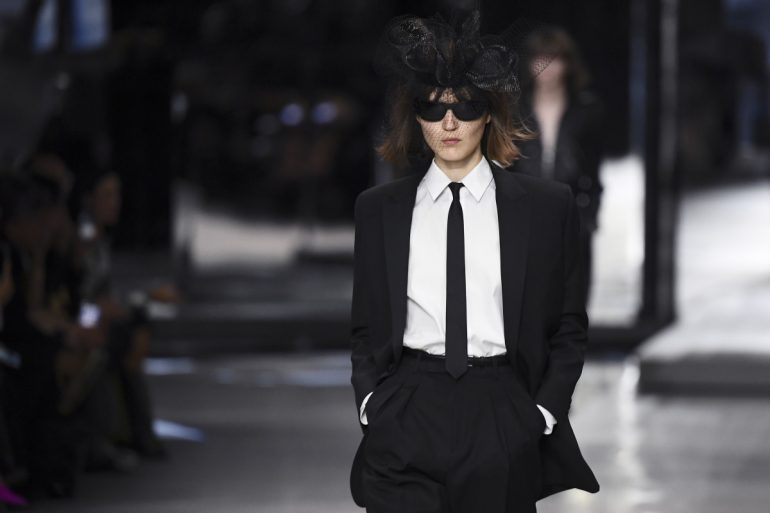 Although Hedi Slimane presented a hint of menswear during his debut as Celine’s artistic, creative and image director back in September, Fall 2019 marked the designer’s first full-on men’s show during Paris Fashion Week on Sunday. And it all felt like déjà vu, right? Slightly reminiscent of (and way less flashy than) his Fall 2014 collection for Saint Laurent, along with a lot of skinny suiting, mostly-white casting and outfits driven by music and youth culture.

The difference on Sunday night was that Celine has no real history of menswear. Armed with this carte blanche, whether Slimane himself was as fraught as the fans was, it turned out, a moot point. The cheer as he bowed at the conclusion of the show suggested there had been no need to worry at all.

The show, called Celine 02, consisted of 66 looks and was about two things: coats primarily, and a switching up of the slender Slimane aesthetic with another vision; one which played with colour, silhouette and shape.

Subscribe to stay up to date and stay notified about exclusive offers and fashion tips.
More Stories
DENNIS BASSO FALL 2012 READY TO WEAR.