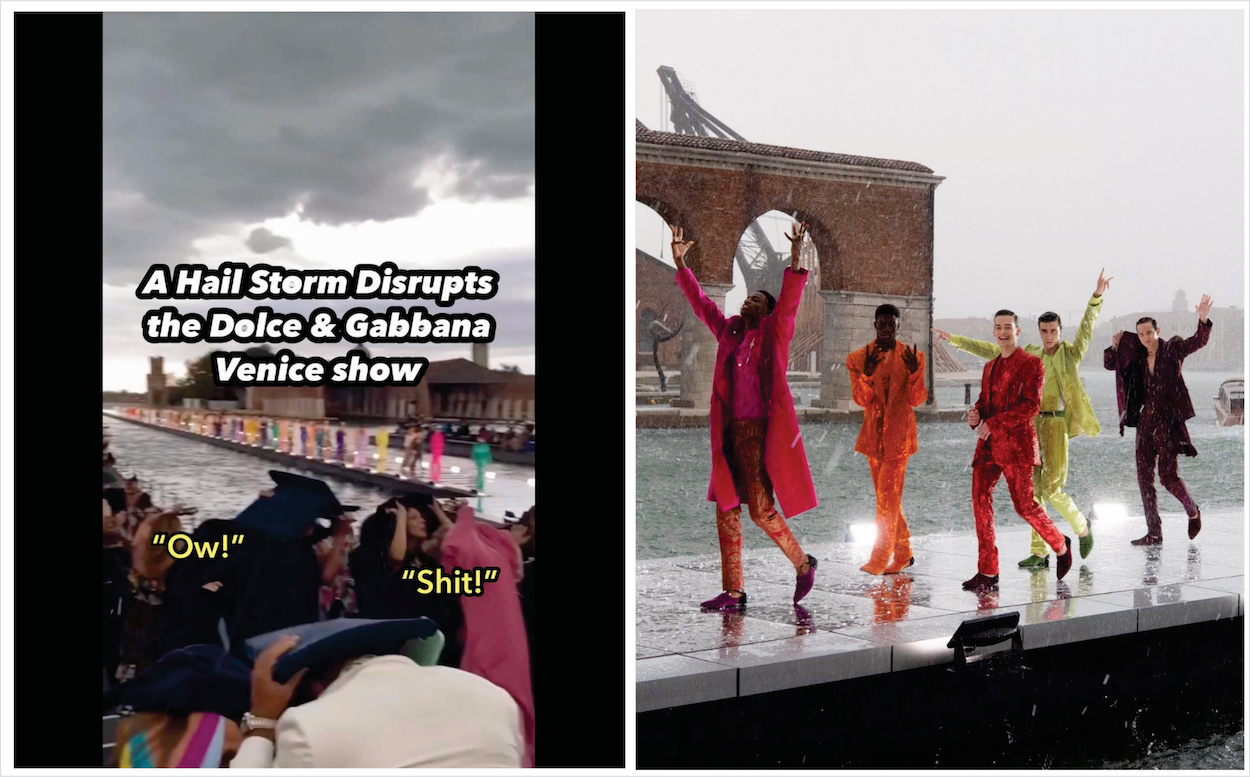 What happens when the sky rain stones during an outdoor fashion show? Chaotic? Yes!

Marble-sized hailstones rained from the sky during a fashion show hosted by Dolce and Gabbana at one of the four fashion capital of the world – Italy. The show immediately became chaotic for A-lister celebrities, while the models were seen unbothered and continued to strut down the catwalk.

Videos of the “apocalyptical” scene are going viral, with netizens poking fun at the designers and the brand while celebrities, influencers and designers had to run for cover.

In a livestream of the event, models were seen walking down luxury brand’s Alta Sartoria runway. While they kept their cool, there was chaos among the guests as marble-sized hail stones fell from the grey skies.

According to Vogue, the Dolce & Gabbana team moved their show in Venice forward by an hour due to the bad weather. However, it wasn’t of much help. Even the designers, Domenico Dolce and Stefano Gabbana, walked down the mirrored ramp on the waters holding their hands over their heads for protection. (Watch the moment 12:28 onwards)

The models, on the other hand, seemed unbothered by the rain and showed their professionalism by continuing the show without missing a beat. The luxury brand later shared a snippet of the models enjoying the rain.