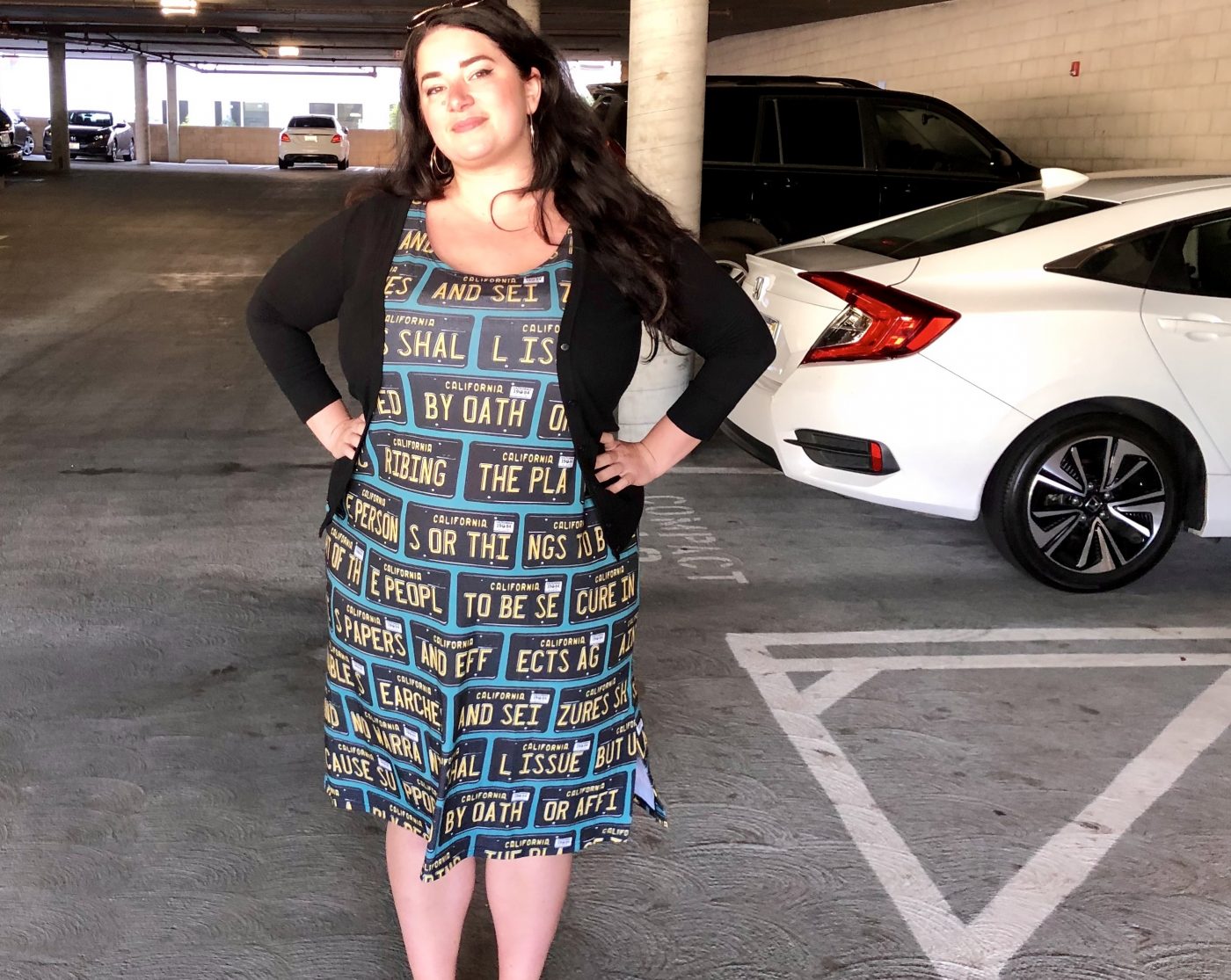 It is boring when the only reason why we have to wear cool clothes is just to cover our nakedness, right? This designer and some other designers thinks so too, and has decided to spice up the fun a little by adding some interesting purposes to your wardrobe fabrics. And of course when fashion meets technology, fashion gets a lot interesting.

The clothing, available on AdversarialFashion.com, features prints of what look like license plates in three different formats. One that spells out the text of the Fourth Amendment of the U.S. Constitution — the amendment that guarantees the right of privacy — in the classic California black-and-gold ’60s-style plate pattern.

Rose says she owes the inspiration for her license plate fabric designs to Dave Maass, a senior investigative researcher at the EFF, whose work contesting law enforcement use of ALPRs has led the organization to sue the Los Angeles Police Department and the LA County Sheriff’s Department, as well as file legal briefs in a Virginia case.

During the winter of 2015-2016, Maass says, he realized that “if you put up enough of your license plates around a city like Oakland, it would render [ALPRs] ineffective. Police would have to assume that the data was all garbage—they couldn’t tell what was a real hit.”

“We’ve had known data breaches by [government] contractors at the border. Is wearing a T-shirt going to change that? No. But how can I make that data less useful?” Rose said in a phone interview before DefCon. “The more garbage they are forced to collect, the more it costs them to collect it, to store it, to analyze it. Making it expensive, difficult, being noncompliant in any way you can—it’s all about changing that culture of data collection.”

“It seems like a lot of the aesthetic choices people make around circumventing surveillance are focused on the concept of ‘no face, no case,’” she said in a text message, “which fails to take into account things like body type, gait analysis, even tattoos and other distinguishing features.”

“Automated license plate readers are always on and always tracking everyone,” “Over time, the data can reveal a vehicle’s historical travels, but there are ways to confound this technology.”

“A Chinese facial-recognition program gave a prominent businessowman a jaywalking ticket because her face was in an ad on the side of a moving bus,”

Rose’s website not only sells the clothing, but also includes instructions on how to make your own clothing with patterns designed to confuse license-plate readers and facial recognition and identification. Her site also has links to open-source software programs that can be used to test and develop your patterns.

Subscribe to stay up to date and stay notified about exclusive offers and fashion tips.
More Stories
10 Best Paid Female Models in Africa 2018