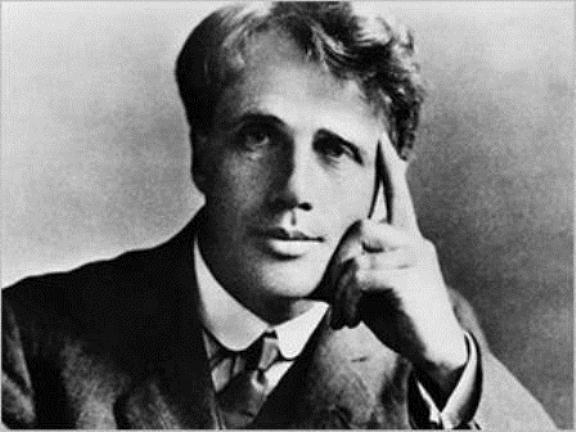 POEM OF THE DAY. THE ROAD NOT TAKEN BY ROBERT FROST.

Today’s poem of the day is the road less travelled by Robert frost. Robert Lee frost was an American Poet.

His work was initially published in England before it was published in the United States. Known for his realistic depictions of rural life and his command of American colloquial speech, Frost frequently wrote about settings from rural life in New England in the early twentieth century, using them to examine complex social and philosophical themes. Frost was honoured frequently during his lifetime and is the only poet to receive four Pulitzer Prizes for Poetry. He became one of America’s rare “public literary figures, almost an artistic institution.”He was awarded the Congressional Gold Medal in 1960 for his poetic works. On July 22, 1961, Frost was named poet laureate of Vermont. The poet/critic Randall Jarrell often praised Frost’s poetry and wrote “Robert Frost, along with Stevens and Eliot, seems to me the greatest of the American poets of this century. Frost’s virtues are extraordinary. No other living poet has written so well about the actions of ordinary men; his wonderful dramatic monologues or dramatic scenes come out of a knowledge of people that few poets have had, and they are written in a verse that uses, sometimes with absolute mastery, the rhythms of actual speech”. He also praised “Frost’s seriousness and honesty”, stating that Frost was particularly skilled at representing a wide range of human experience in his poems. Robert Frost’s personal life was plagued by grief and loss. In 1885 when he was 11, his father died of tuberculosis, leaving the family with just eight dollars. Frost’s mother died of cancer in 1900. In 1920, he had to commit his younger sister Jeanie to a mental hospital, where she died nine years later. Mental illness apparently ran in Frost’s family, as both he and his mother suffered from depression, and his daughter Irma was committed to a mental hospital in 1947. Frost’s wife, Elinor, also experienced bouts of depression. Frost died in Boston on January 29, 1963 of complications from prostate surgery. He was buried at the Old Bennington Cemetery in Bennington, Vermont. His epitaph quotes the last line from his poem, “The Lesson for Today” (1942): “I had a lover’s quarrel with the world.” This is a man whose life and poem have brought ease to my life and I hope you find in it the soundness of a steady reflective heart and peace of mind as I have. Enjoy!

THE ROAD NOT TAKEN

Two roads diverged in a yellow wood,
And sorry I could not travel both
And be one traveller, long I stood
And looked down one as far as I could
To where it bent in the undergrowth;

Then took the other, as just as fair,
And having perhaps the better claim,
Because it was grassy and wanted wear;
Though as for that the passing there
Had worn them really about the same,

And both that morning equally lay
In leaves no step had trodden black.
Oh, I kept the first for another day!
Yet knowing how way leads on to way,
I doubted if I should ever come back.

I shall be telling this with a sigh
Somewhere ages and ages hence:
Two roads diverged in a wood, and I—
I took the one less travelled by,
And that has made all the difference.

Please as always if you have any thoughts or suggestions, do not hesitate to place them in the comment box below. You input is invaluable and very important to making my content better. Until next time, think positive thoughts, stay awesome, take of your self and stay safe!