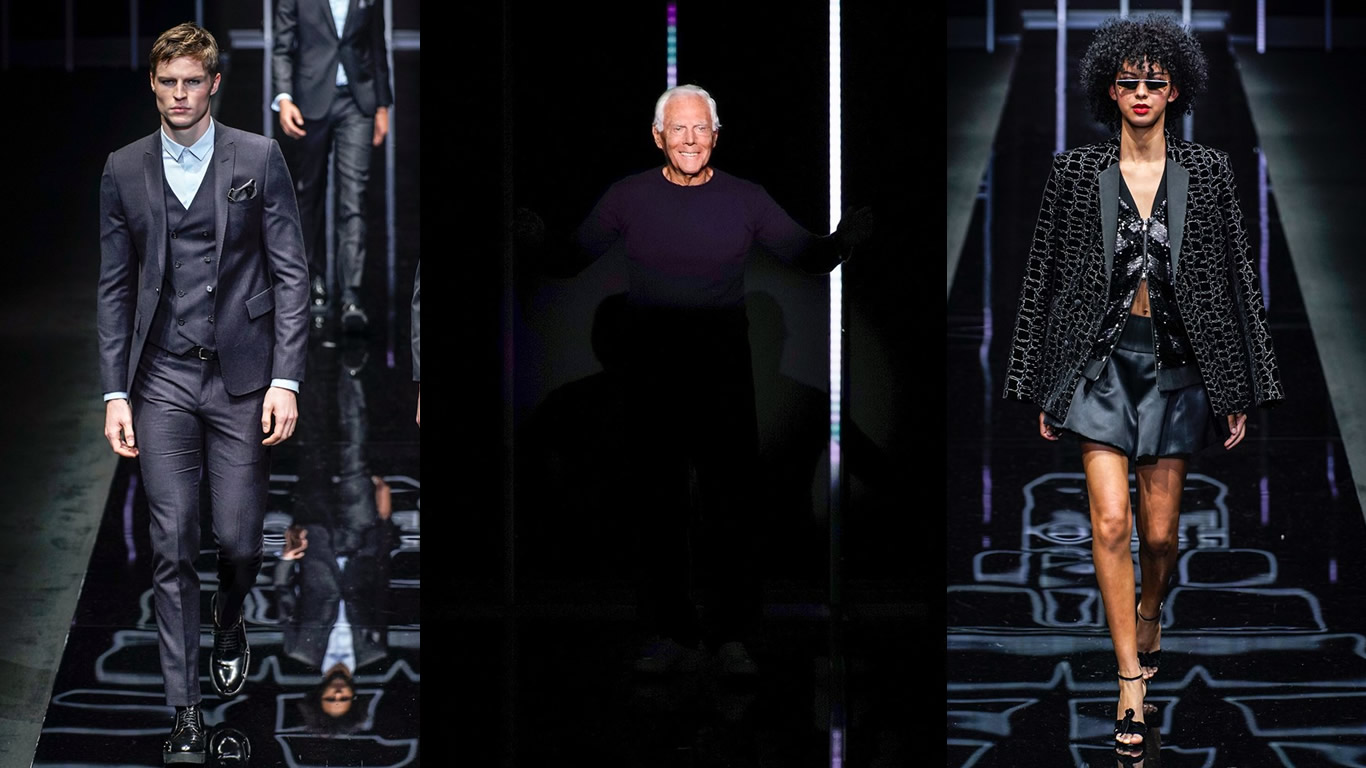 At Milan Fashion Week morning, Giorgio Armani carved out some fresh paths for Emporio by integrating plenty of high-altitude elements from EA7, but applied them to a collection designed to be worn in the city. This collection offered technically inspired clothing materials that were visibly more of furs and knits, making it look all organic and which were as a matter of fact all faux eco-fur (in line with Armani’s broader policy) There was an exception of an excellent technical denim ski/snow section, two mountain-rescue parkas, and two down jackets in water-repellent velvet (plus the all-EA7 white ski and snowboard section near the end), not much in this collection was explicitly technical in the utilitarian sense.

So, a huge oversize parka that appeared to be the last testament of several yaks, or a surely mohair sash-fronted fleece, or a whole series of winter-foxy man-stoles, or the also yak-esque fringed moonboot sneakers, or the shaggy shearling slipper sneakers, or any number of further pieces that looked animal were sham-animal. Against this was an ongoing reference to a crocodile pattern in a kind of pressed technical seersucker and other fabrics. The overall effect was vegan caveman with a high taste level and a justifiable fear of open fires.

There was a recurring return to blanket-like scarves with pockets used as outer-outerwear (jankets?) and a compelling intro to the business suiting section in a three-piece jersey suit that looked as flexible in the wearing as any technical piece, but retained the authority of its origins. The suits, when they came included a pinstriped single breasted with cuffed pants, plus a few suits cut much more closely to the body and with a far more pronounced shoulder than in recent seasons. These were teamed with shirts and ties whose tumultuously styled collar arrangements hinted at the tooth-and-claw appearance of the earlier faux-fur-led section. Entitled Liberty, this collection freed the Emporio Armani man to express his inner primitive in a sophisticated and ethically aware manner—clothes to make you feel warm inside as well as outside.

Subscribe to stay up to date and stay notified about exclusive offers and fashion tips.
More Stories
SURVIVING COVID IN BOLD CHIC.