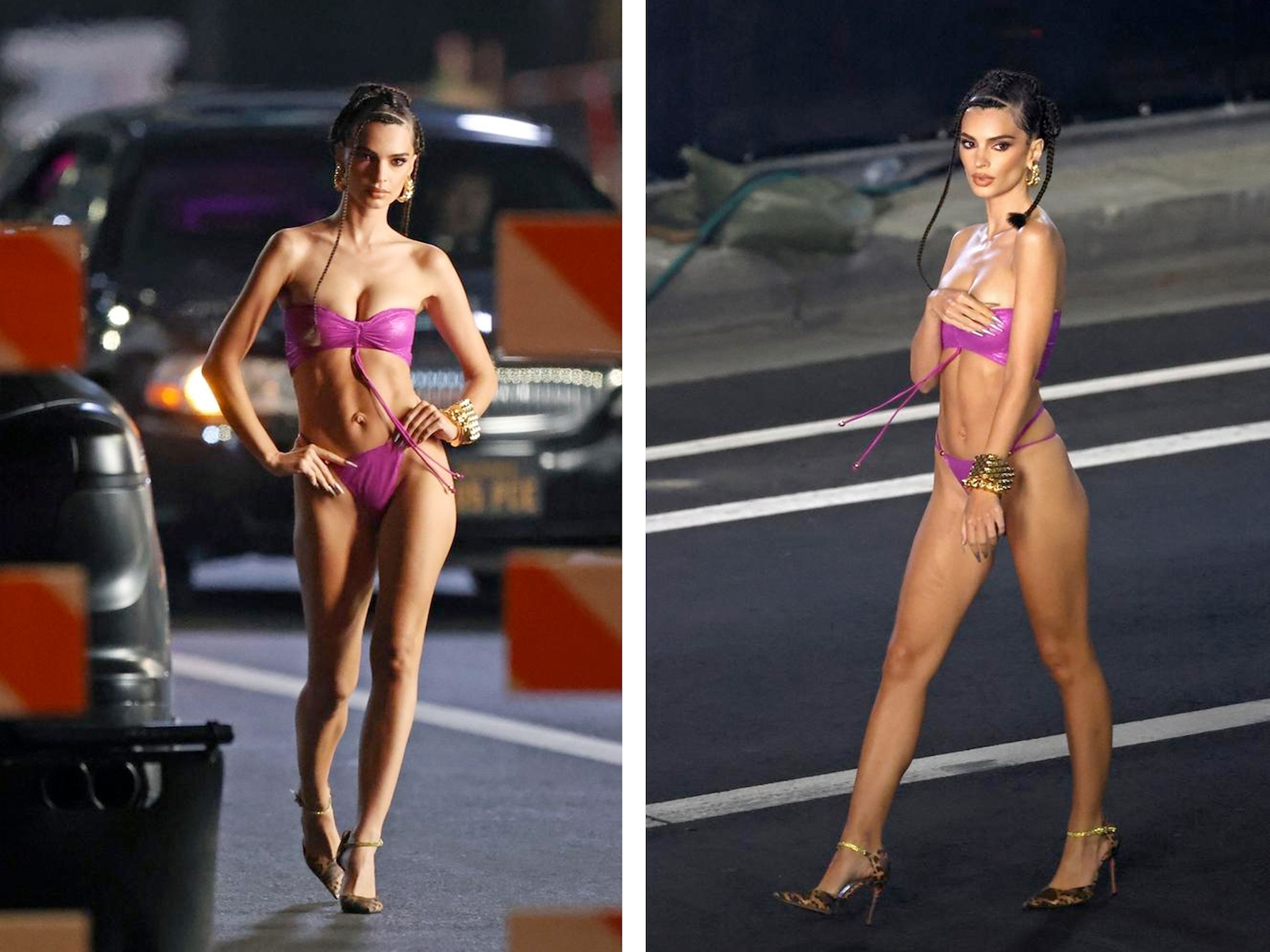 Emily Ratajkowski has returned to the runway after taking six months off following the birth of son, Sylvester Apollo Bear.

While walking Rihanna’s latest Savage X Fenty show, the supermodel was snapped wearing a skimpy pink bikini that left little to the imagination, flaunting her post-partum abs while donning leopard-print heels, gold accessories and plaits in her hair.

Ratajkowski gave birth to baby Sylvester back in March, and has been showing off her post-baby body in multiple sexy outfits ever since, including this minuscule bikini bra that would barely cover most people’s boobs.

Ratajkowski is the first celebrity model confirmed to walk for the eccentric presentation, which will include an “all-star” cast of “models, actors, performers and more”.