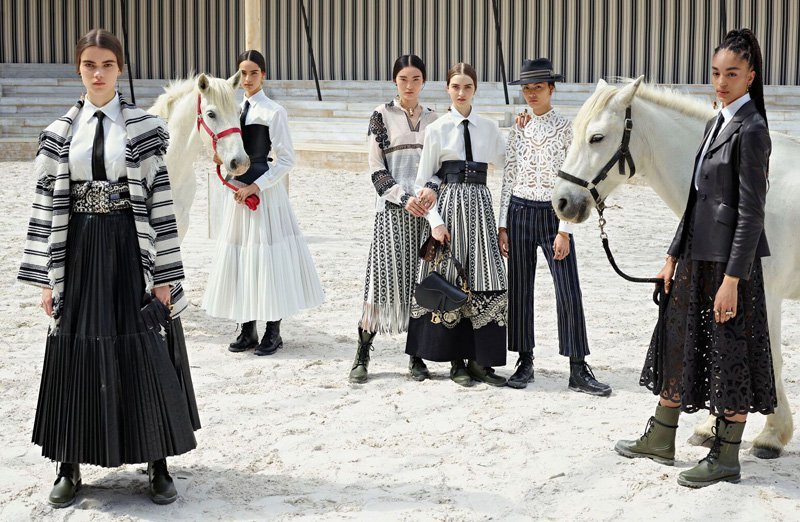 The livestream for Dior’s Cruise 2019 runway show — set in Chantilly, France began over 45 minutes late, and as soon as the runway scene appeared on screen, it became clear and it was pouring down rain. While guests were covered, the runway and the dirt ring it surrounded, were completely exposed.

Dior’s press release about the show noted that Maria Grazia Chiuri was “inspired by the Amazons and more particularly the escaramuzas: Mexican female riders who practice an art traditional reserved for men while asserting their femininity, wearing full skirts and imposing hats.” The collection featured a plethora of embroidered bags and purses:

It was a shame to see all that beautiful lace and embroidery get wet, but also kind of exciting. The show began with a brief performance by what appeared to be a troop of escaramuzas wearing matching Dior versions of their typical riding looks.

Subscribe to stay up to date and stay notified about exclusive offers and fashion tips.
More Stories
Fashion For Relief – New York