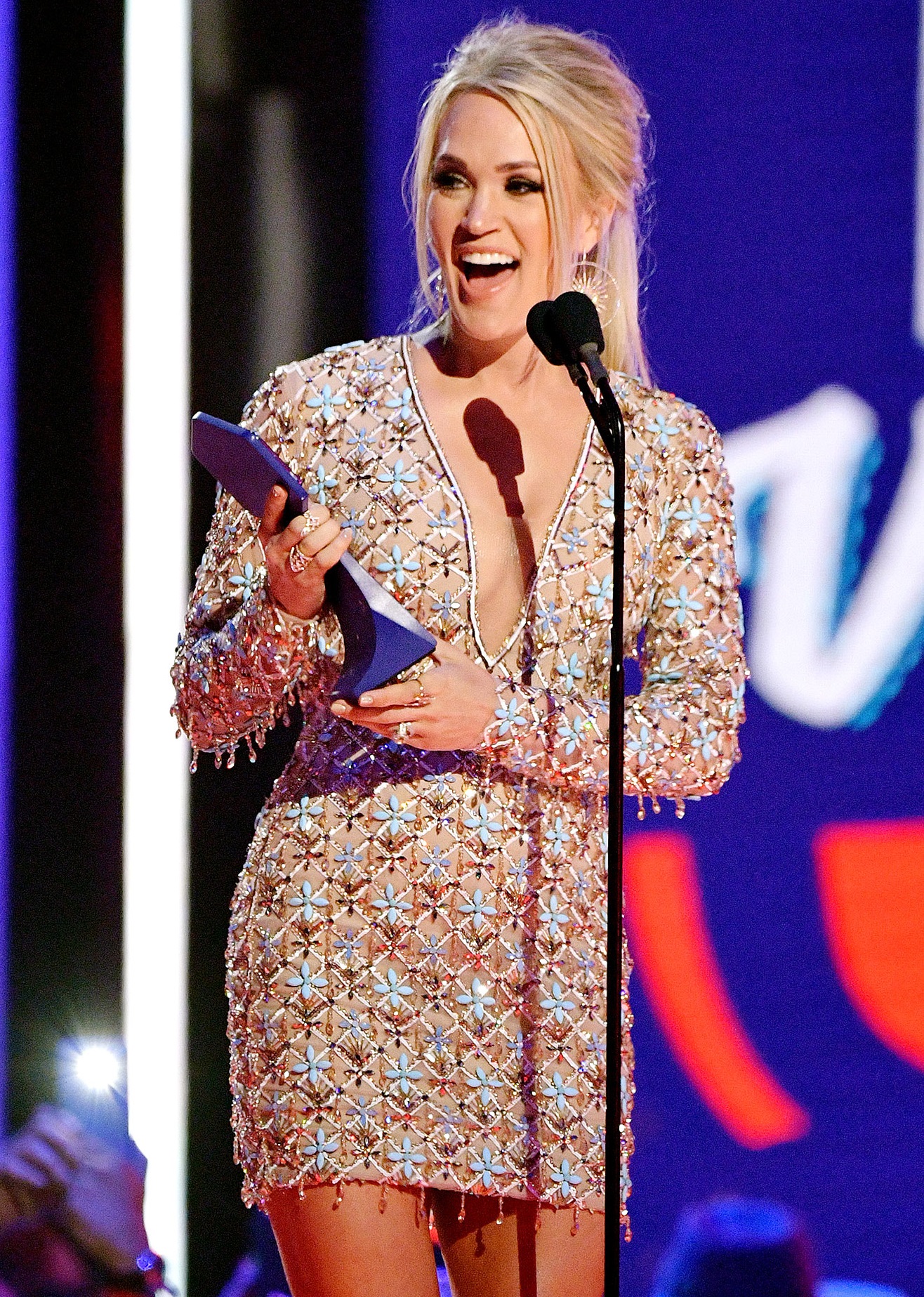 Carrie Underwood accepts the coveted honor of video of the year at the 2019 CMT Music Awards for "Cry Pretty."

Country music’s biggest stars brought the glitz and the glam to the red carpet at the 2019 CMT Music Awards. From larger-than-life gowns to bedazzled pantsuits and flashy accessories, celebrities are went all out for the special occasion. Carrie Underwood had a big night this Wednesday, extending her all-time leading win total by claiming Female Video of the Year for “Love Wins” and the night’s top prize, Video of the Year, for “Cry Pretty.”

“I’m so glad to be a part of this family,” she said in her acceptance speech from Nashville’s Parthenon, where earlier in the show she performed “Southbound.”

The rest awards goes as follows

Video of the Year
Carrie Underwood – “Cry Pretty”
Kane Brown – “Good as You”
Keith Urban feat. Julia Michaels – “Coming Home”
Kelsea Ballerini – “Miss Me More”
Luke Combs – “She Got the Best of Me”