Paris (CNN) — His name is synonymous with high fashion and even higher heels.
Christian Louboutin is the Parisian shoe designer whose skyscraper heels are coveted by women all over the world, and eulogized in popular culture by the likes of Jennifer Lopez, who sings a song about them.
But behind each trademark red-soled shoe is a feat of custom engineering. “The heel is engineering in itself,” said the sought-after designer in his Paris atelier. “This little thing that supports the human weight has to have a precise balance.”
The materials needed to create the perfect shoe include wood lasts — a shoemaker’s mould in the shape of a human foot — and supporting metal stems that are inserted into heels, which can measure up to 6.5 inches, to ensure that the wearer doesn’t topple over.
“If you just look at the heel, you are immediately going to see that if there was not the (right) engineering), it would break,” the designer told CNN.

“If it is not exactly inside the center of gravity position, inside the gravity line, the weight would make you flip out behind, or the weight would make you break the heel and (fall forwards),” he said.
But even with heels measuring just two inches, these metal points still need to be inserted into the heel to perfect the balance of the wearer.
“I wouldn’t say it is an art,” he said, but does admit that “it is complicated.”
Louboutin was born in Paris in 1964 and was drawn to footwear from an early age. One of his earliest memories is seeing a sign prohibiting the wearing of stiletto heels in a Paris museum — warning of potential damage to the wood floors.
In 1992 he set up his own label, and his shoes, which cost on average $700 a pair, are now stocked in high-end stores across the world. Celebrities and fashion editors love his creations. According to Terresa Cannata, writing for Italian Vogue, “His creations are sexy and original, some playful, some definitely classic.”
Louboutin’s career has taken some unexpected turns, including interning as a teenager at the Folies Bergere music hall theater in Paris. The experience was instrumental to the development of his design aesthetic.
“The shoe is so important because it shows the posture,” he said of the footwear worn by showgirls. “It has to be comfortable … but it has to give the perfect shape and elongate the legs to the maximum.”

This little thing that supports the human weight has to have a precise balance
–Christian Louboutin, shoe designer

The influence of these showgirls remains evident in his flamboyant and vertiginous designs, and he even named a stiletto shoe after the infamous Paris area of Pigalle, home to dancing girls and the Moulin Rouge.
But his influences are wide-ranging and the embellishments on his shoes are inspired by design motifs as diverse as fish scales, Masai beads and spider webs. The actual build of his shoes, he said, is architecturally inspired and he cites the fluid and seemingly gravity-defying buildings of Brazilian architect Oscar Niemeyer as an important influence.
Though his shoes are often worn by women who want to be noticed, particularly celebrities including singers Beyonce, Rihanna and Jennifer Lopez, and actresses Gwyneth Paltrow and Sarah Jessica Parker, Louboutin says the ideal shoe is one that is able to “appear and disappear.”
By that, he means a pair of shoes that grab the attention of the beholder but also flatter the figure of the wearer to the point that the shoes “vanish with the silhouette.”
And he believes that there is no point wearing a shoe that makes you suffer, however beautiful. Though his shoes are specially cushioned to protect wearers from pain wrought by pressure on the balls and arches of the feet, he also believes that all women are different and so have different pain thresholds.

But as long as women continue to covet his designs he maintains that the sky is the limit in terms of what he can design. “For me there ain’t no high heel high enough,” he said.
source: cnn 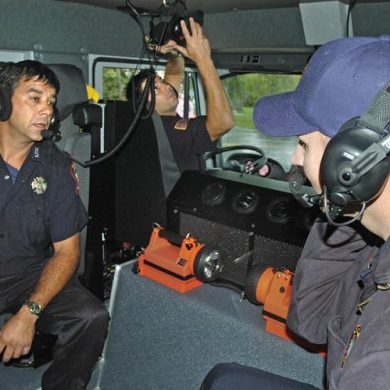