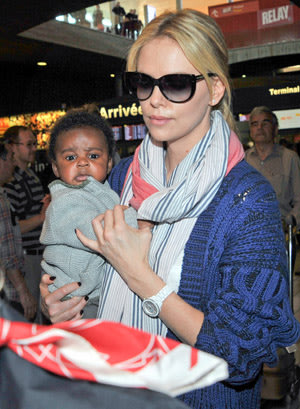 Since Charlize Theron announced in March that she had quietly adopted a son, we’ve been waiting for a glimpse of the Academy Award winner’s little one — and, finally, here he is!

Theron, casually dressed in jeans and sunglasses, made her way through Charles de Gaulle airport in Paris, France on Tuesday with just one carry-on: her son Jackson. It’s the first time the 6-month-old boy, who was adopted stateside, has been photographed in public. Soon after she brought him home, Theron did bring him out in Los Angeles to run errands, including a stop to get his passport (perhaps for this very trip!), but the doting mom kept his baby carrier covered with a blanket. 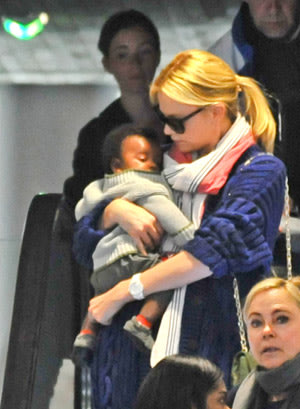 Following Theron’s announcement that she was a mom, she talked about her new role. “It’s been amazing, the amount of emails and congratulations,” she said on Ryan Seacrest’s KIIS-FM radio show in March. “Everyone’s just been so lovely, so it’s been really nice.” She noted that she was already mastering some important techniques. “I didn’t think I would be a fan of the swaddling, but the swaddling is pretty amazing. It looks a bit like a straight jacket and it feels like child abuse, but for some reason they just love it.”
In May she appeared on the cover of the UK edition of Vogue and talked about being the mother of “the coolest kid ever.” Becoming a mother was a long-time dream of the “Snow White and the Huntsman” star. “I’ve always been very honest in saying I wanted a family. I’ve always known I wanted a family,” she told the magazine, before joking, “I don’t think my mom could wait any more!”
She added that she learned a lot from her own mother and hopes that her relationship with her son is similar. “My mom has made it possible for me to be who I am. Our family is everything. Her greatest skill was encouraging me to find my own person and own independence.” 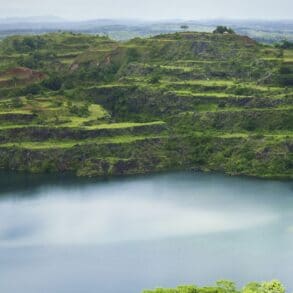