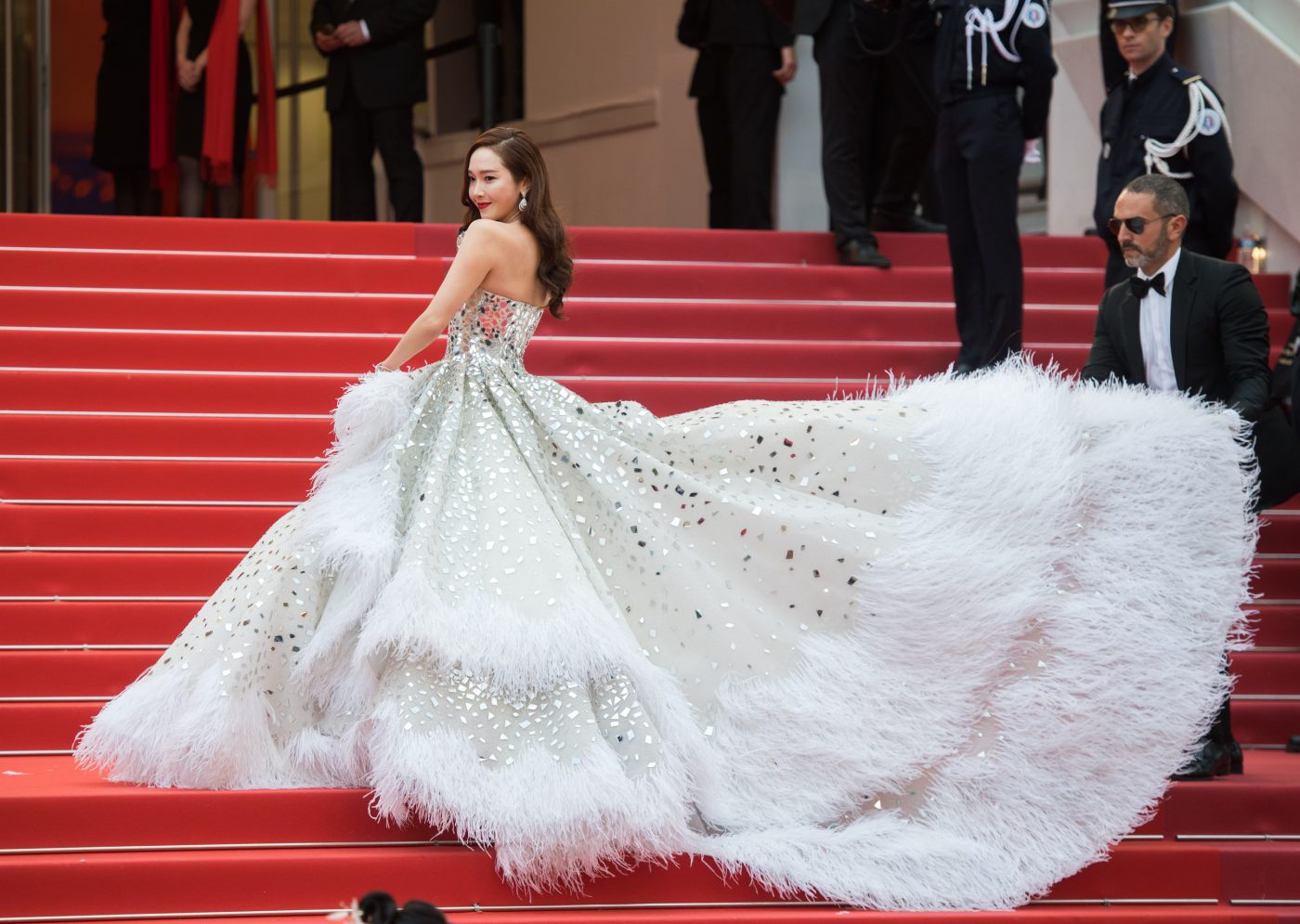 CANNES, FRANCE - MAY 14: Jessica Jung attends the opening ceremony and screening of "The Dead Don't Die" during the 72nd annual Cannes Film Festival on May 14, 2019 in Cannes, France. (Photo by Samir Hussein/WireImage)
CELEBRITIESFASHIONTRENDS
··1 min read

It is no longer news that it a rain of Hollywood’s brightest stars descend upon the French Riviera for the annual Cannes Film Festival. Against the idyllic background of the sun-soaked Riviera, this is where some of the world’s most high-profile directors premiere the films that they hope will excite critics and viewers alike — and, if they’re lucky, win awards.

To kickstart the epic show, there’s always an assembly-like gathering on the red carpet where we see who wore what and who wears the best, judging from the sea of photographers and the press, the celebrities displays their opulent gowns and priceless jewels at daily red carpet premieres.

Among the best red carpet appearances is the “Bride of Cannes”, Jessica Jung who was said to have undergo a plastic surgery to fix her face just for this show. Jessica Jung graced the Cannes Film Festival 2019, arriving in a luxury white carriage that matched her shiny princess gown!

Elle Fanning is clearly this year’s beauty MVP at Cannes. As a member of the jury, she hits the red carpet more than anyone else, and each time, she’s serving up a totally different yet always incredible look.

Selena Gomez made her Cannes debut looking like a marriage of old Hollywood glamour and princess-like elegance.

Subscribe to stay up to date and stay notified about exclusive offers and fashion tips.
More Stories
Reunion Tour : January 25 & 26, 2019 with Rick Steve