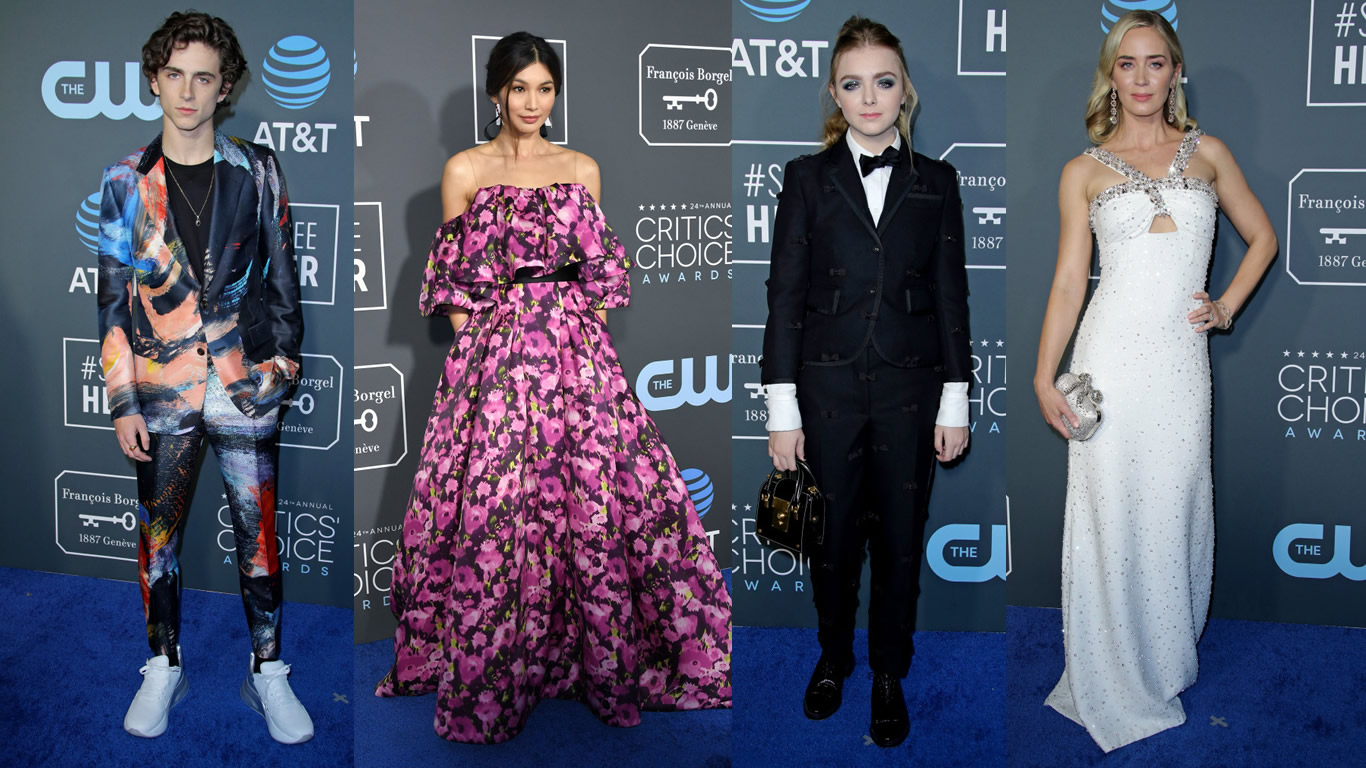 But according to Allison Janney, the trend is just a trend. “We’re all just feeling it,” she said, looking a bit like a superhero in a white Alberta Ferretti cape and pants look, piled high with Neil Lane diamonds.

“Perhaps it is a subconscious message of hope. Brighter times ahead,” added her stylist Tara Swennen.

Or perhaps Hollywood stars, like so many others this January, are obsessed with organization guru Marie Kondo’s new Netflix show, “Tidying Up!” Whatever the reason, the fashion news of the night was a clean sweep. Emily Blunt seemed to get the memo, wearing a crystal-embroidered white silk Prada gown that her stylist Jessica Paster described as “fresh and simple.” Constance Wu romanced in Rodarte, and Lady Gaga in billowy blush Calvin Klein (though sadly, without hair colored to match this time).

Although glitz was at a minimum at this lesser awards show, there were moments of brilliance. Viola Davis, with the help of stylist Elizabeth Stewart, knows the silhouette that works on her body; it’s a superbly-fitted column with some sort of criss-crossing action at the shoulders, and on Sunday night she was on fire in a coppery, crystal-covered Michael Kors confection.

Not forgetting the men, “The Assassination of Gianni Versace: American Crime Story” star Darren Criss was a delicious throwback to “American Gigolo,” wearing a slouchy Armani jacket, T-shirt and pant ensemble that was on point for the Santa Monica setting. And Timothée Chalamet didn’t disappoint in an arty Alexander McQueen suit and dad sneakers. A good choice, because there’s still a lot of laps left to run this awards season.

Subscribe to stay up to date and stay notified about exclusive offers and fashion tips.
More Stories
PROFESSOR MAATHAI PASSES ON.