Behind the Catwalk, Suspicion and Suits from New York Times – Models! Be at Alert!!!

Having a booking agency license proves an agency is legit?
If you think this is true, you may want to look into the background of the owner of a very well known “legitimate” modeling agency that spent six and a half years in prison for defrauding investors out of $250 Million and causing the biggest banking collapse in modern history.
Or, you might want to ask yourself why 72 of the largest and best known model and talent agencies in New York State recently lost a huge class action suit and had to pay millions of dollars in fines and restitution for charging commission rates up to twice the amount the state lawfully allows.

Click link below to read the New York Times Article:
Behind the Catwalk – Suspicions and Suits
Just because there’s a license hanging on the wall – or just because the word “agency” or “talent” is part of a company name does NOT automatically mean everything is legit.

Far from it, in fact, as most so-called “agencies” are not true agencies at all as perhaps 9 out of 10 of them are partnered up with a “portfolio mill” or modeling school or training center of some kind.
(Model and talent agencies are specifically prohibited from being involved in such activities by law in at least four states, New York, California, Texas and Florida. In all other states model scams generally fall under much broader consumer fraud statutes.)
Legitimate agencies make their money by taking a percentage off the work they book.
Most agencies take a 20% commission from the model and another 20% from the client as an agency fee. Example: If they book you a job for $1,000, they will then bill the client $1,200. When the model gets her check, it will be for $800 and the agency’s cut is $400.
Unfortunately though, a huge majority of agencies do not make money from booking jobs and talking commissions.

Model Agency Scams. How can you tell is an agency is legit?
Real agencies operate a Monday through Friday, 9 am to 5 pm business.
If you are contacted to attend an “Open Call” or “Talent Review” make sure it’s between these hours. Be suspicious if someone asks you to come in later in the evening or on the weekend. (Real agencies are not open evenings and/or weekends.)
Look around at the caliber of the “talent” around you. (Legit agencies don’t want have time to talk to talk to a roomful wannabes.)
Be further suspicious if most of the people in the room recently went to a modeling convention. Most of the fake agencies get “leads” from these conventions and they will pay up to $5 per lead just to get your name and phone number.

Listen to what’s going on around you. Does the staff look busy? Is there a booking table? Are the phones ringing? Do you hear actual work being booked?
Don’t drop your guard just because you see a state issued employment agency license on the wall. (Just because you see a business license and/or a booking agency license on the wall does NOT necessarily mean the agency is legit.)
Don’t base your opinions on décor or photos on the wall. Fake agencies often display comp cards of people they do not actually represent and some will go so far as to cut ads out of magazines and show them to you. They mayl even pretend they have launched so and so’s career or claim to have booked this job or that job just to impress you.

If the space is quite large and/or has lots of different rooms, figure you are in some sort of training center rather then a real agency.
You can further protect yourself by asking around before you even get there. Contact some other models and talent see if they have had any experience with this company.
Also, be especially wary of any agency that advertises in local papers or on the radio. Real agencies do not advertise in the newspaper or on the radio.

The most common modeling agency scam is what is known as a “portfolio mill” or “photo mill”.
Many “agencies” make money by sending models to photographers that are ON STAFF to shoot photos used to produce worthless portfolios and comp cards.
These agencies don’t make money by booking real work. Instead, they sign up anyone and everyone for low quality photo shoots and book very few jobs, if any.

How to further protect yourself from model agency scams and photo mill promoters
Never pay an agency for the “privilege” of having them represent you or for “classes” or runway training or pictures.

In fact, NEVER buy anything from or through a model or talent agency. Under no circumstances should an agency require you to attend a particular class or to buy anything from them – not books, not photos, not classes, not workshops, not runway training, not tote bags, not “exposure” on web sites or on CD’s or in some “talent book,” not videos, not portfolios, not comp cards, not address labels – NOT ANYTHING.
This practice is not only unethical, it is also ILLEGAL (specifically forbidden by state law) in New York, Florida, Texas and California.
One of the main purposes of an agency license is to LIMIT agencies as to what they can do – it does NOT permit them to steal – so it would be especially dishonest of someone to point to their agency license with one hand while picking your pocket with the other.
According to Florida State Law – 468.410 Prohibition against registration fees; referral – model/talent agencies are not permitted to charge for photos, classes, runway training, seminars, consultations, etc.
(1) A talent agency may not charge a registration fee.
(2) No talent agency shall require the applicant or artist to subscribe to, purchase, or attend any publication, postcard service, advertisement, resume service, photography service, school, acting school, workshop, acting workshop, or video or audio tapes.
(3) A talent agency shall give each applicant a copy of a contract which lists the services to be provided and the fees to be charged. The contract shall state that the talent agency is regulated by the department and shall list the address and telephone number of the department.
NOTE: Don’t let anyone tell you that they don’t actually “require” applicants to purchase anything and therefore the agency is not breaking the law by selling you something as this is complete nonsense. Also, don’t think for one moment that this sort of “agency” won’t steal from you in other ways – like by over billing you for courier fees or model apartment rent, or by booking a job for you for $1000 then telling you it’s only $500 minus a $100 commission leaving them with $600 and you with $400. (This is also big time illegal.)

The following compilation is based on articles that have appeared in various Florida newspapers:
Florida agencies build up hopes, dash dreams
Authorities are investigating dozens of Florida modeling agencies that charge big money for products and services and promise jobs that don’t materialize.
At 79, Lois Krebs is not your typical fashion model. But she thought she might find a place in ads that appeal to senior citizens. “I had a notion I could do what I saw other people my age doing on television,” said Krebs, a great-grandmother.
The first agent she met at the —— Agency told Krebs she had a distinctive look that companies want to sell their products. When she got no work there, she tried another agent at —— Talent, who also fed her hopes for a successful modeling career.
Krebs says that she paid about $1,200 to these agencies to help launch her career and, one year later, still has not seen any work.
Her story is very common in Florida
Quite a number of Florida agencies have gained a reputation for making false promises to find modeling work for people who have little or no chance of being models. Gina Hughes said she also paid a bogus agency over $1,000 for photographs of her 3-year-old daughter. Now she wants to keep others from going through the same thing.
Modeling agent —— has also had multiple complaints against her in recent years for selling workshops and promotional materials and other products.
An agent’s income should come solely from commissions received through finding work for models and/or talent.
A real agency will put you in touch with a real photographer so you can make your own arrangements for test shoots, etc. 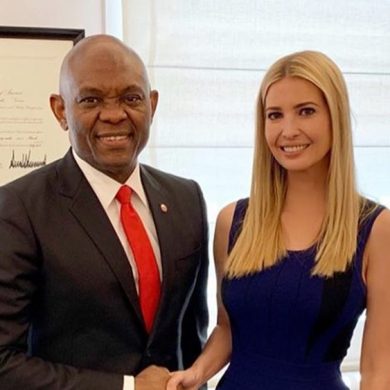