International R&B sensation and Dubai-based R&B singer Ash Hamman re-introduces himself to the
music world with the sultry hit, “Thirsty 4 U”.
“Thirsty 4 U” is an ode to the 90’s era R&B songs, with its down tempo riffs, sensual drums and
provocative lyrics and wordplay. With this being the first single of his yet-to-be-titled album, Ash
Hamman comes back on the R&B radar with the deft vocals that saw him rise to prominence on the
Dubai and Middle Eastern music scene.
With an equally evocative video, Ash Hamman has come to stake his claim among the current pantheon
of new-generation R&B singers. Shot by the Creative Director of Immaqul’8 Entertainment, Hanoz
Navdar, the video sets the standard for music video production in the region and will certainly be a
video that will be talked about upon its release and perhaps a long time to come. This song establishes
the tone for the upcoming album, and will certainly have both new and old fans anticipating the release
of the next single.

Abdul Sammir Hamman, Better known as Ash to his friends is one of those rare artists that appeals to all
ages, genres and tastes. He treads the fine line between cutting-edge verve and all encompassing
appeal, embracing pop and hip-hop whilst retaining his R&B roots. With an astonishing voice far belying
his tender years and an impeccable ear for melody. The Nigerian born singer, songwriter, dancer and
entrepreneur raised in the UK and US is bringing fresh air to the Dubai music scene. As C.E.O and
president of Immaqul’8 Entertainment (pronounced immaculate), he came to the attention of the music
scene back in 2003 with the Booker T revamp of his club smash Bounce 2 This, which reached top 20 in
the national charts whilst retaining the number 1 spot on the UK Garage and Club.
Ash performed live at the Miss World beauty pagent Contest at the grand final at London’s Alexander
Palace, flanked by celebrities, the international media, with over a worldwide viewing audience of 700
million people!
In simple words Ash is a fountain of talent, a true star, with tremendous performing abilities. With Ash,
there is bound to be a Revolution. Stay awake, stay tuned, its Immaqul’8, Ash.
Live Performances: Akon, Usher, 50 Cent, Kanye West, Montell Jordan, 2Face, Mobo Awards UK, Miss
World Beauty Pageant. 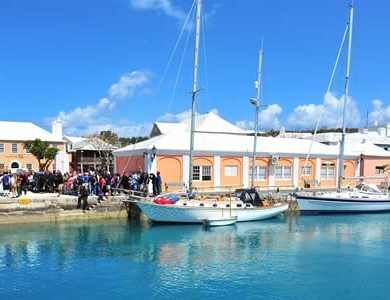