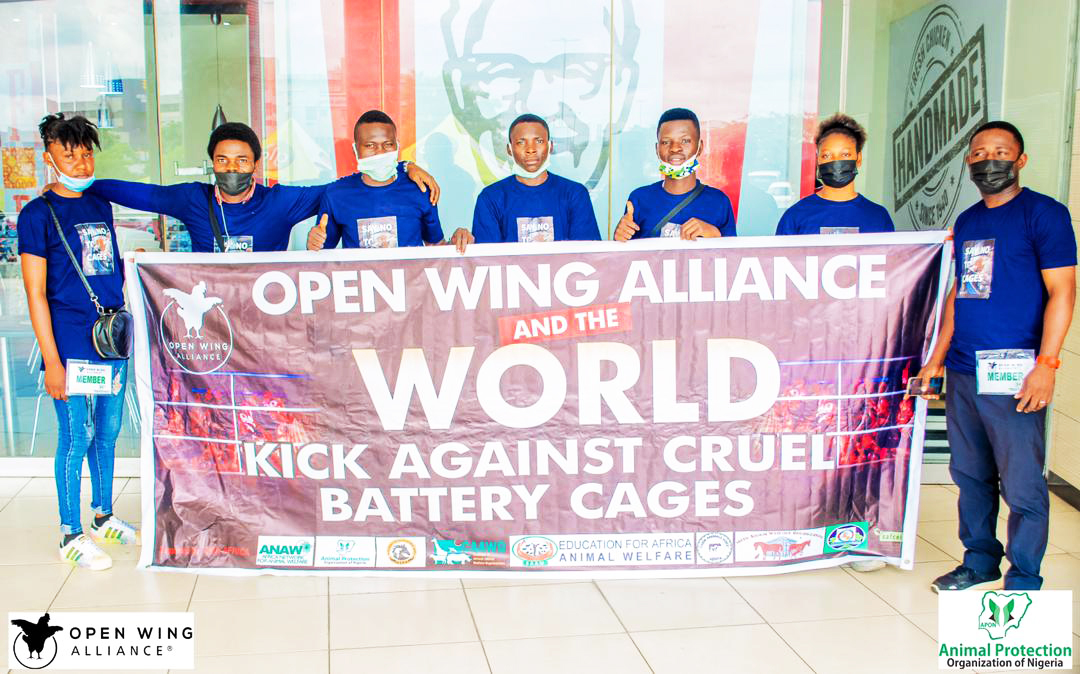 According to OWA, the break is intent to get a feedback from Yum’s leadership. ” We shall continue our action again as Yum! Brands is still silent on our demands” as communicated by Alexander Beck, the OWA campaign coordinator.

Animal Protection Organization of Nigeria, the only West African regional member of the International body, took the campaign to the door steps of Pizza Hut and KFC, despite stiff resistant. The undaunting effort of the members of APON payed off as security operatives recognises there freedom of speech and expressed gratitude for the cause there are pursing.
APON protested in two major Nigerian cities, Lagos and Ibadan, where KFC and Pizza Hut controls the highest market share.

The campaign which specifically targets eradication of cages is on-going globally, with several member organizations from over 70 countries championing the cause.
According to Mr. Joseph Odika, the Executive Director of APON who also is the founder, said

Meet Moon Star Shoes: The Most Expensive Shoes in the World

‘we targeted Yum! Brands, because it’s stubborn over this subject. Several other multinational like Unilever and Nestle, have all adopted cage-free policy in their egg supply chain.’ However, we have started corporate dialogues with several other organisations and retailers on this same issues.’ He said.

The campaign will spread across the country as public awareness is dire at this point.
Signed: APON Executives.