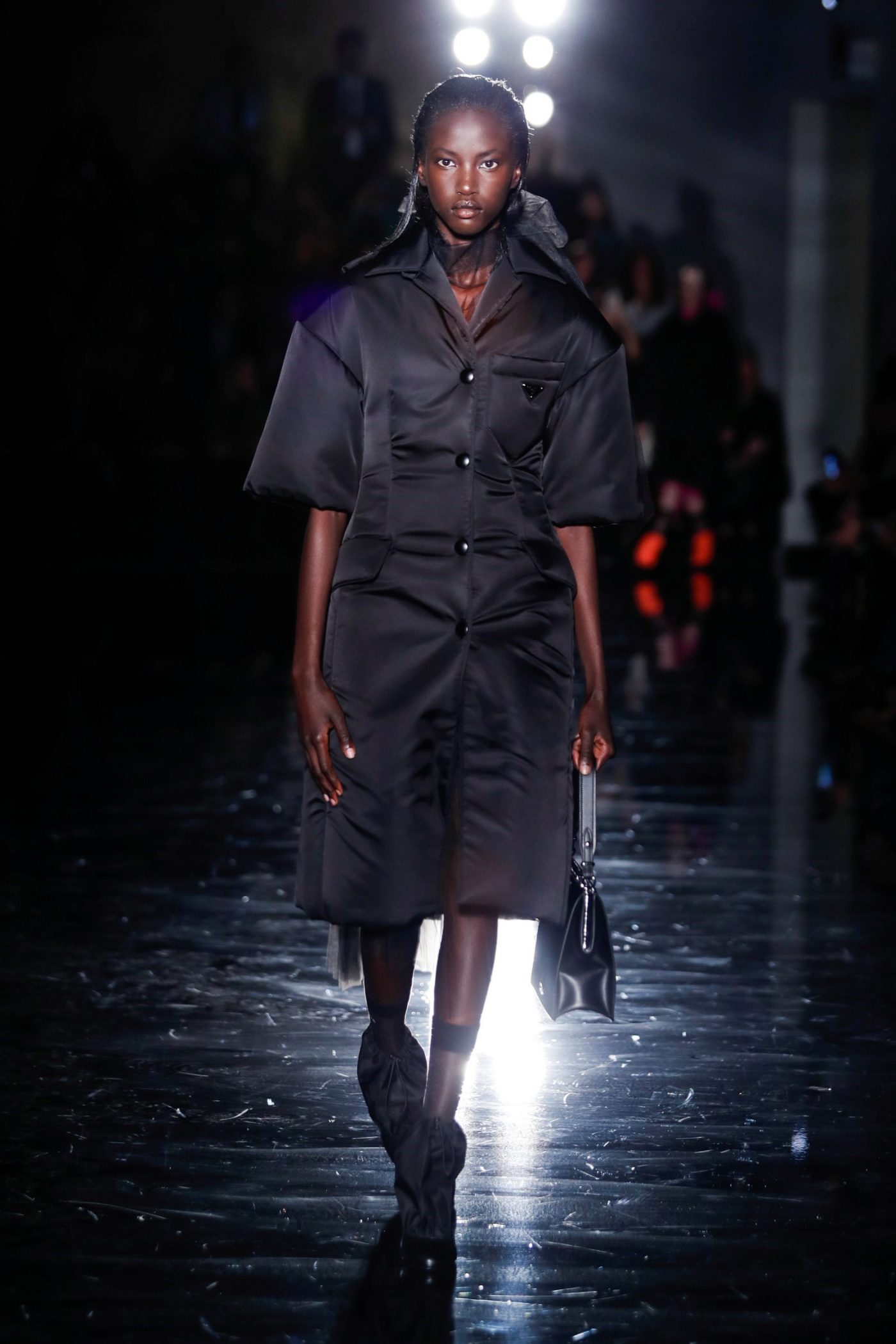 22nd of February, 2018 marks the second time in the history of Prada fashion show for a black model to open the show.

19-year-old Anok Yai made this historical feat when she was chosen to open the Prada’s Fall 2018 show during Milan Fashion Week, making her the second model to ever open a Prada Fashion Show, the first being naomi Campbell back in 1997.

Anok, along with her team took to Instagram to thank Miuccia Prada for the opportunity…”Can’t believe I’m the first black woman to open for Prada since Queen @iamnaomicampbell, forever grateful.”

Ms Yai was just discovered while attending Howard University’s homecoming, within few weeks she was signed with Next Models…and within a short while her incredible runway debut happened at Prada’s Menswear Fall 2018 show.

Of course, the fact that Prada hasn’t cast a woman of color to open its show in over two decades is problematic in itself. In the past, the brand has come under scrutiny for its lack of diversity both on the runway and in its campaigns. Hopefully, Anok opening the Fall 2018 show is an indication the Italian fashion house is headed in the right direction when it comes to diversity.

Extremely slowly, but surely, more and more brands are recognizing the importance of casting diverse runways. This season’s Fall 2018 shows at New York Fashion Week marked the most racially diverse of all time—with women of color accounting for 37.3% of all castings.

PRADA WORLDWIDE EXCLUSIVE. This is something that I’d only dream of. Thank you Ms Prada, Olivier Rizzo @willyvanderperre @ashleybrokaw @kylehagler and the Next team for giving the little girl from Manch a chance. Can’t believe I’m the first black woman to open for Prada since queen @iamnaomicampbell, forever grateful. And thank you to @patmcgrathreal @cheriejohnson56 and @guidopalau they made me look extra chic – PRADA CHIC 😂💋