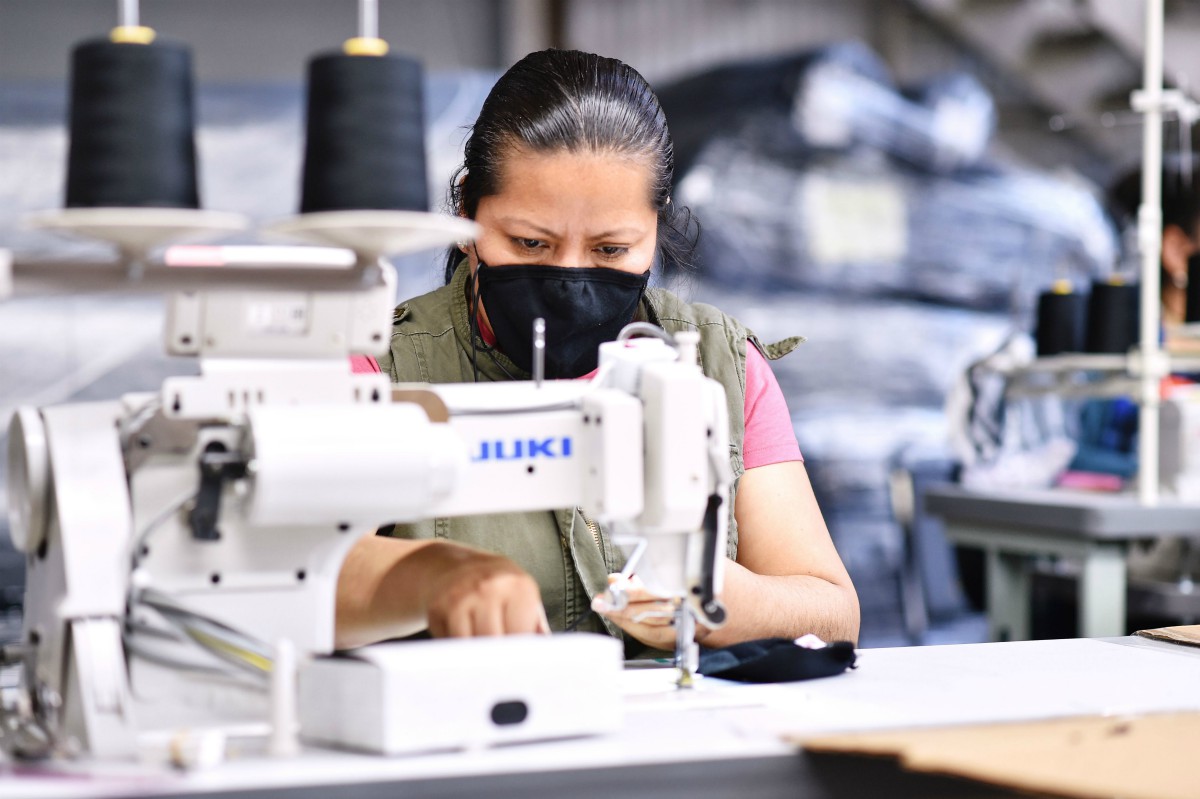 Dov Charney of Los Angeles Apparel was one of the first clothing retailers to step in the void when coronavirus ravaged across New York, Washington State, California and New Jersey and the urgent need for personal protection equipment suffered shortages.

After reopening his Los Angeles factory to produce face masks, Mr. Charney who was the former chief executive of American Apparel was transformed from industry pariah to champion. Prior to this time, he was ousted amid allegations of misuse of funds and knowingly allowing sexual harassment.

His new company, Los Angeles Apparel was seen as an essential business. Even “the federal government became a client”, Mr. Charney said. The long road to redemption seemed, suddenly, much shorter.

But on July 10, the Los Angeles County Department of Public Health ordered Mr. Charney’s manufacturing facility to close down. This was following an investigation which found over 300 confirmed infections among the garment workers, and four deaths. Three of the deaths were in June, and one in July.

In a news release detailing the closure, the health department cited “flagrant violations of mandatory public health infection control orders” and failure “to cooperate with DPH’s investigation of a reported COVID-19 outbreak.”

This is one of the first forced closures of a factory in Los Angeles because of coronavirus-related outbreaks, according to Jan King, the regional health officer for South and West Los Angeles. Though the health department conducts numerous investigations, they are usually resolved through action with the companies involved.

“Business owners and operators have a corporate, moral and social responsibility to their employees and their families to provide a safe work environment that adheres to all of the health officer directives — this responsibility is important, now more than ever, as we continue to fight this deadly virus,” said Barbara Ferrer, the director of the Los Angeles County Department of Public Health, in a statement about the closure, which contained a timeline of the investigation.

In a phone call, Mr. Charney called the announcement “media theatrics,” and said: “I don’t think that press release represents the point of view of the people I am working with at the department of health. Some of them have apologized to me. It’s not truthful.”

He also issued a lengthy statement of his own in response, which stated, in part: “In all fairness, it’s morally irresponsible for the Health Department to speak on the infection rates at our factory without also addressing its connection to the issue at large: that the Latino community in Los Angeles is left vulnerable to Covid-19 in a healthcare system that provides no support with testing and no support or assistance for those that test positive.”

Now both Mr. Charney and the health department say they are working together to resolve the issues so the facility can reopen and business (and employment) can continue; both say their only concern is for the safety of the workers.

However, the drama is playing out under a spotlight, because of Mr. Charney’s complicated professional history, and because of recent revelations about the Los Angeles garment sector.

The phrase “Made in the U.S.A.” is often considered as a shorthand for products that are ethically made. But reports over the last years of sweatshop conditions and salary levels — including an investigation by The New York Times into factories in Los Angeles that supply the fast-fashion brand Fashion Nova — have upended that myth.

Style and Glamour at the GTBank Fashion Weekend 2018

Los Angeles Apparel opened in 2016, and employs just under 2,000 workers in three buildings according to Mr. Charney. Since the coronavirus began, they have produced, Mr. Charney said, more than 10 million masks, about 80 percent of which have gone to government agencies.

Mr. Charney said all employees had been wearing face coverings, and that machines were spaced six feet apart. He said the equipment and the space were regularly disinfected, and that the company had been regularly testing employees for the last five weeks.

On June 19, a nurse contacted the Los Angeles County Department of Public Health about a potential outbreak at Los Angeles Apparel, according to officials.

According to Ms. King, the violations discovered included cardboard barriers between worker stations, and coronavirus guidance materials that had not been translated into Spanish (the first language of most of the employees). An official also found a lack of training on health protocols such that, when asked by a physician, the employee who was supposed to be screening fellow employees for symptoms could not list what they were — even though they were posted on the wall behind the employee.