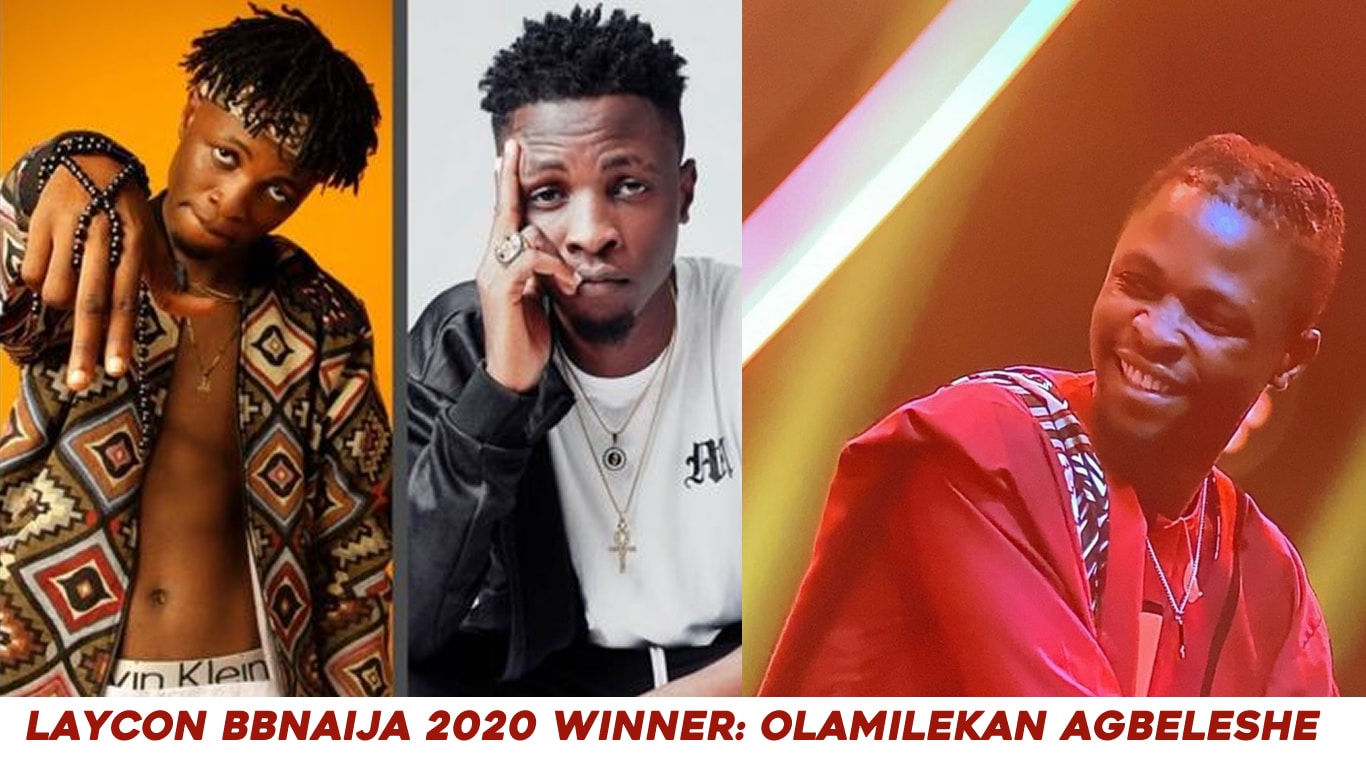 For 70 days, the housemates compete for the grand prize by living their normal lives as neighbors while the world monitors. It is still unsure what really is the entertainment part of the show but people seem to have developed great interest which is confirmed in the massive participation in the paid votes to select the winner. And on the final day of the show, Laycon defeated four other housemates.

Laycon is originally known as Olamilekan Moshood Agbeleshe (born 8 November 1993), is a Nigerian reality TV personality, rapper, singer and songwriter. Laycon is his professional name as pertaining to his business.

Laycon has been a fan favourite from the beginning of the show, and so it didn’t come as a surprise when he beat Nengi, Vee, Neo and Dorothy to the ultimate prize. Incidentally, He was also the first BBNaija housemate to attain 1.2 million Instagram followers while still in the reality show.

The first eviction from the show on Sunday eviction night goes to Victoria “Vee” Adeyele, then Neo, Nengi and Dorothy were also evicted respectively.

Such a long list of prizes for a single winner, apparently the winner takes it all…

Live performances from Fireboy DML and Rema during the live finale show and also a surprise performance by Davido and his signee, Mayorkun.

Previous
Here’s to Joan Okorodudu on her 62nd Birthday

Subscribe to stay up to date and stay notified about exclusive offers and fashion tips.
[mc4wp_form id="10001338"]
More Stories
The Rosie-Huntington-Whiteley-Syndrome