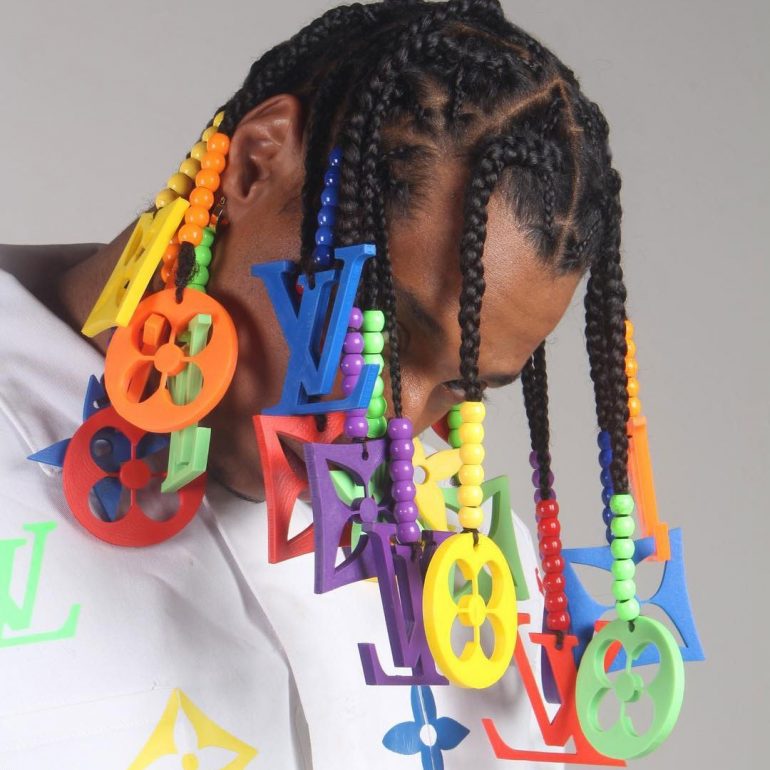 2019 Trends: Louis Vuitton Braids could be the next big thing

You don’t have to be particularly fashion-forward to recognise the Louis Vuitton logo. One aspiring designer and rapper, Magnus Juliano, has taken the signature design of the brand and turned it into something out of the ordinary; braid accessories. The 27-year-old graphic designer from Columbus, Ohio has used 3D printing to create the colourful look. And it’s not just about trendy hair accessories, he says, it’s about honouring African American roots.

Revealing the stylish LV monogram carefully crafted into his braids, Magnus posted the look on his Instagram, tagging Virgil Abloh, artistic director of Louis Vuitton’s men’s wear collection. He wrote: ‘Hey Virgil Abloh, can I earn an internship? I have ideas!’ The technicolour designs created by Magnus took a lot of time and effort as he spent six months 3D printing each design and putting it together.

Magnus used a 3D-printing company co-founded by his former university professor to create the ornaments. He also enlisted the help of a hairstylist to do do the braiding and fastening work. He tagged Louis Vuitton in the post to direct their attention to his work, which won over a lot of fans on Instagram. Many called the work ‘dope’ while one wrote: ‘You definitely deserve that internship.’ Others left him positive words of encouragement, saying: ‘Virgil would be a fool not to get in touch with you. But if that does happen, don’t stop and keep producing. You have so much talent and authenticity you cannot be ignored. And this can work for so many other brands.’

We’re excited to see whether the look catches on.

Previous
2019 Fashion Trends: Celebs that are already making an Impact

Subscribe to stay up to date and stay notified about exclusive offers and fashion tips.
More Stories
Not a male, not a female? “Gucci MX” got ‘Genderless Shopping’ for ya!