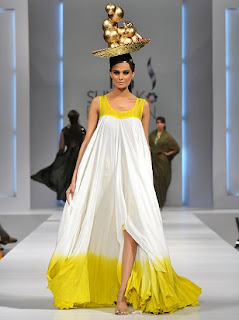 When I first mentioned to friends and colleagues I was going to Pakistan Fashion Week, the two ‘b’ words were invariably top of the conversational agenda – bombs and burkas.

After a week in Lahore, however, I can report none of the former and very few of the latter.
I met two full hijab and niqab wearing women in Anarkali – the bazaar named for a slave-girl supposedly buried alive by being bricked up in a wall by a Mughal emperor; one agreed to be filmed by the Telegraph’s video cameraman, “because you can’t see my face anyway”, and the other, shopping at an underwear stall in one of the alleys, told me that the silver, purple and gold bras and knickers were “a good souvenir of Lahore.”

Subscribe to stay up to date and stay notified about exclusive offers and fashion tips.
More Stories
The Best Street Style Looks 2018 From South Africa